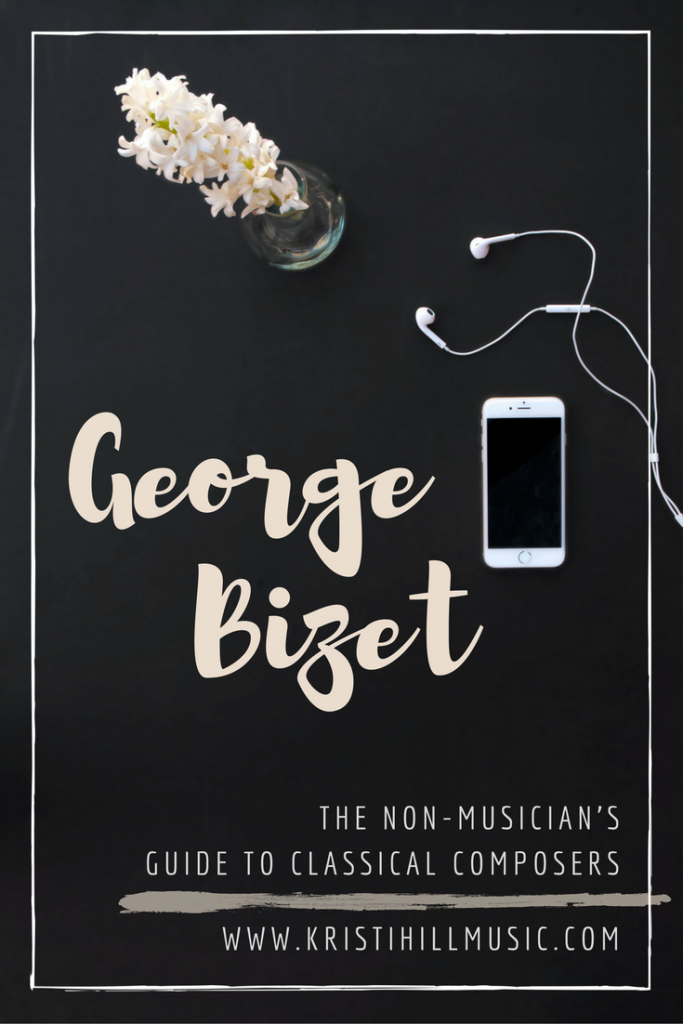 Last week we talked about German George who lived in England, and this week we are talking about French George, whose most famous work was set in Spain. Confused yet?

Our friend George Bizet is famous for one reason, and one reason only. I hate to be the one to tell you this, but he’s pretty much the one hit wonder of Classical Music.

It’s true: A-Ha, Soft Cell and George Bizet all have one thing in common: they are only famous for one thing.

Bizet mostly hung out in France his whole life. His father made wigs and also taught voice lessons (not a combination I’ve ever heard before, but we will go with it). George was a bit of a prodigy, as many legendary composers were, and he was training with the fancy people at the age of 9. He had a little jaunt to Rome, staging his first opera at only 25. You have never heard of it.

He dabbled in some symphonies and other works here and there, but he really loved opera.

Here is where the story gets both fascinating AND tragic…

In 1873, George started work on an opera based on a little novella called Carmen. It was quickly suspended by the people of the opera house because of the…how shall we say…unsavory storyline. Disappointed, George shifted focus to another opera, but then the opera house mounting that production burned down, so oh well.

Well, the guy who was most opposed to Carmen’s content died, so things started looking up. George started working on it again. He poured all his energies into writing the score, which included a familiar folk melody called Habanera.

Oops: This “familiar folk melody” was actually, well, written by someone else. So George was plagiarizing without even knowing it.

Long story short: the orchestra complained, the singers revolted, and his wife couldn’t attend the premier because of an abscess in her right eye #truestory.

Everyone hated Carmen. And then George died. His final thought on this work he had given his heart and soul to: “I foresee a definite and hopeless flop.”

But Then Something Happened…

Death can shift focus faster than anything else when it comes to how the world views an artist’s work. Suddenly everyone who had criticized Carmen up and down the Champs-Élysées now declared it masterful and noteworthy.

George never knew his little flop would become the most popular opera of all time. He died thinking of his work as an utter failure.

Time For A Pick-Me-Up?

I’m feeling bad that I’ve now made you completely depressed, and you might also be slightly damaged by the mental image of Bizet’s wife’s oozing eye.

How about a puppy in a cup to cheer you up? 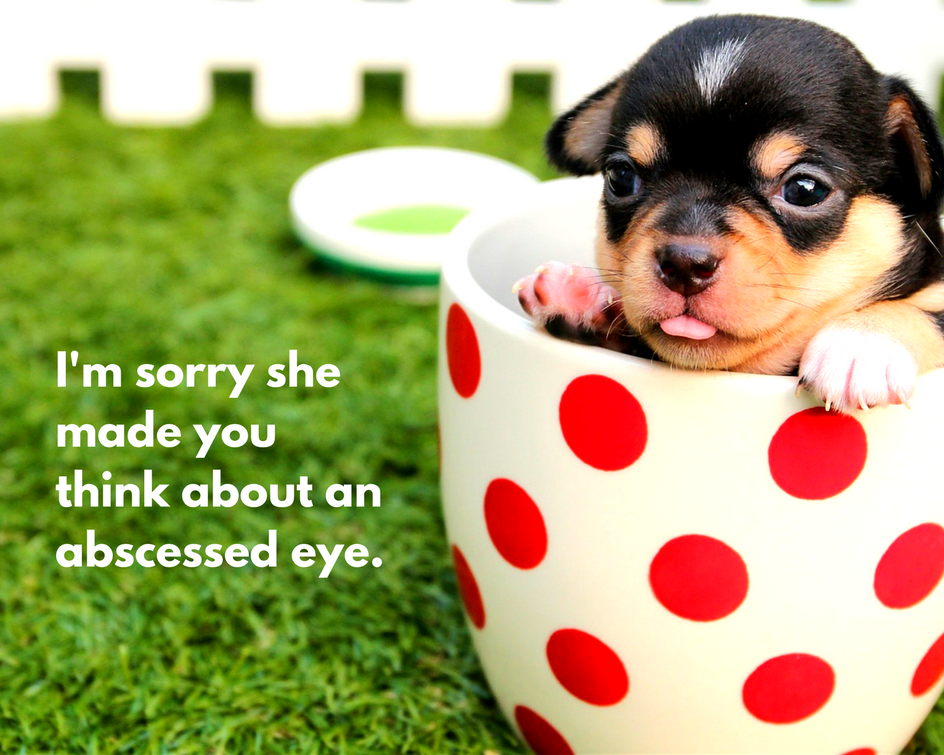 Are we feeling better?

George Bizet’s life wasn’t entirely tragic, and he did write some other interesting music.

“Just because you’ve never heard of it, doesn’t mean it isn’t good.”

The lead singer of Soft Cell.*

*not actually a quote

If your child came of age during the Little Einstein’s era, Farandole might be a familiar melody to you. I adore this version, because I love a conductor with conviction. You can hear a definitive round in the first minute. Like “Row, Row, Row Your Boat,” but fancier.

Bizet also wrote a brilliant little collection of music based on children’s games, titled Jeux d’enfants. There were originally 12, written for four-handed piano. 5 of them were orchestrated and you can find them included in a fabulous collection here (which also includes Saint-Saëns’ Carnival of the Animals — an upcoming topic on this here website).

Sidenote: Saint-Saëns attended the Carmen premier. (He was French, so he was in town.) He was not one of Bizet’s haters, so it is fitting they share CD space in 2016.

I hope you are now fully recovered and I won’t have to resort to more puppy photos.

Ok, so here’s the tricky thing about Carmen, when you write a blog about how to get children interested in classical music: Carmen is, well, not fit for children. It was super provocative in its day, and it’s still pretty provocative now…i.e. shady characters, lots of smoking (she works in a cigarette factory), and a notable violation of the sixth commandment. This is not a story to cuddle up with at night.

That said, there is some freakishly awesome music in Carmen that kids love. And you already know it, even if you don’t know you know it. And it is possible to expose your children to this great music without traumatizing them with, you know, murder.

If you are interested in the full plot summary, here is a great one.

And here are three pieces from Carmen you don’t know you know:

Transports you to sun-soaked Seville, Spain, where gypsies dance and bullfighters command the ring.

A seductive little piece, this is the marquee moment for the fiery title character.

Sung at the beginning of the second act, this is the song of the bullfighter (a toreador is, you guessed it, a bullfighter).

Familiar right? See, you know more classical music than you think you do.

Those are all the legit versions, but this might be my favorite. No one knows how to harness a piece of classical music better than the Pixar people:

If you’d like a recording, this one hits the highlights.

On The Blog This Week…

A simple art project and step-by-step lesson plan to pass this music on to your kids!

This website uses affiliate links, which means if you click and/or purchase anything I recommend, I might make a few cents. It keeps the music flowing around here, at no extra cost to you. Thanks for your support!

I also use Youtube links, but I have no control over the ads you might see and the questionable language in the comments. Always check things out yourself before showing anything to your kids!