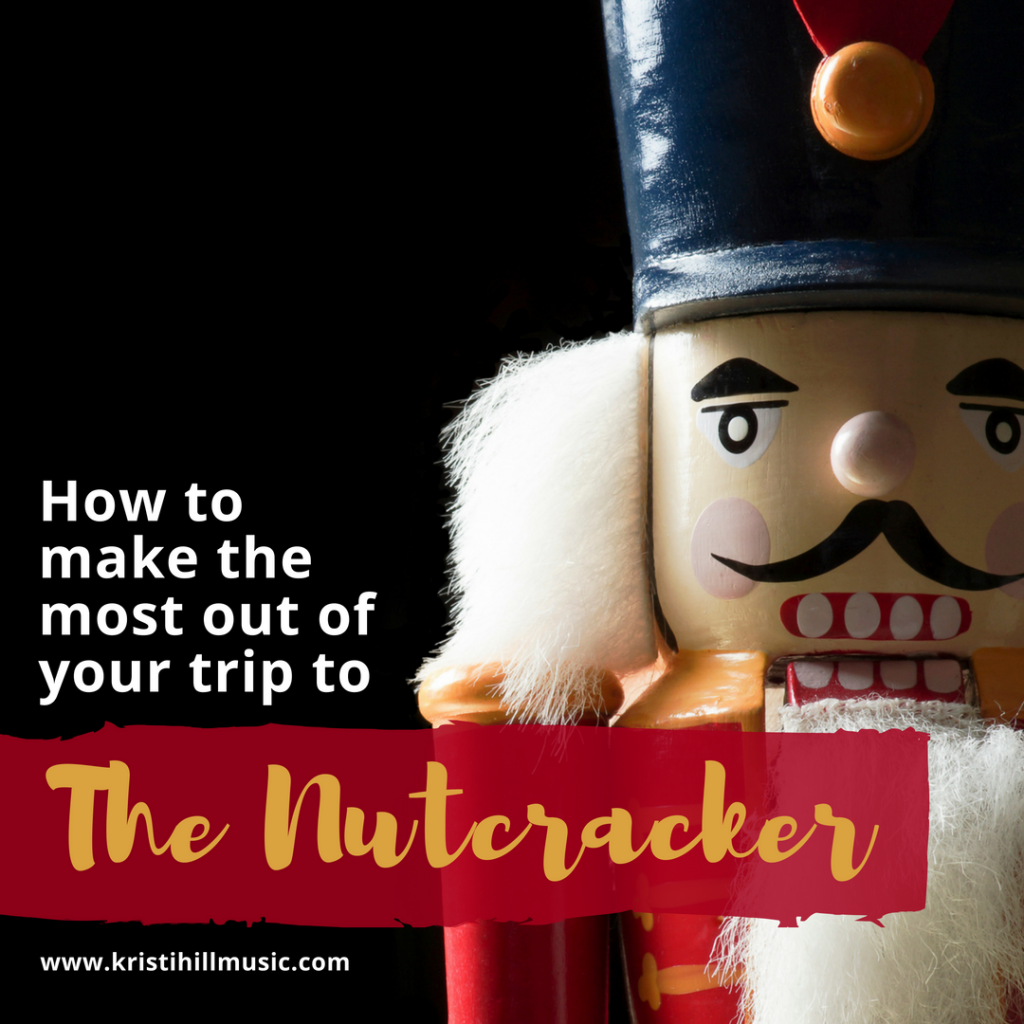 Going to see The Nutcracker is an annual pilgrimage for many families. It’s bound to be a good time, but you can make the very most out of the experience with just a little bit of prep. Help your kids learn The Nutcracker’s history, story, and music – it will go a long way in keeping them engaged. Tickets are way too expensive to not make the most of your theatre experience!

The Nutcracker as we know it has a long and winding history.

German author E.T.A. Hoffman published “The Nutcracker and the Mouse King” in 1816. It was full of dark undertones – Clara was a neglected orphan living with unkind relatives. (Nothing says “Merry Christmas” like a neglected orphan story.)

Things brightened up considerably when Alexandre Dumas published his version in 1847. He renamed the main character Marie. Four decades later, the story was well-known throughout Europe.

When the Russian Imperial Ballet decided to stage a new ballet based on Dumas’ story, they called on famous composer Peter Tchaikovsky to compose the music. He was at the height of his career and readily accepted. They changed the main character’s name back to Clara (just to keep everyone on their toes.) Though well-received, the ballet was only a modest success.

The work lay dormant for many years until it was resurrected in England in 1934. It was first performed in the U.S. in 1940 and was readily embraced by American audiences. By the 1960s cities across the country were staging their own performances. A new holiday tradition was born.

Fun Fact: Both names are still used in various Nutcracker renditions. Marie is often used in books; Clara in the ballet.

Get to Know the Story

Understanding the storyline will help children connect with the experience. If you want a simple summary, try this one.

An even better idea? Grab some books. The Nutcracker has numerous adaptations great for kids. Read a couple of these and get everyone up to speed. 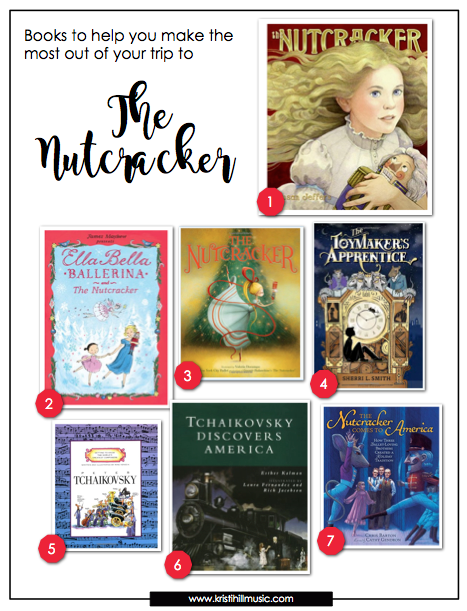 It’s probably not realistic for your kids to become familiar with the entire score, so just hit some highlights. When they hear familiar strains in the middle of the performance, they will look up with a face that says, “Hey! I know that!”

Overture: This is the first thing your children will hear. If they recognize music from the beginning, they will be all in for the rest of the show.

March is always a favorite!

Waltz of the Flowers is super iconic — you will recognize it.

Dance of the Sugar Plum Fairy is usually the most familiar of all the music.

As always, I recommend a little Musical Sketching. It’s my favorite way to get kids paying attention to great music. Have them listen and sketch a couple of these pieces – it will embed the music in their minds even more.

Now that your kids know the story and have listened to the music, show them a few videos to continue getting them prepped.

The traditional Dance of the Sugar Plum Fairy:

And a much different interpretation…!

The Nutcracker has infiltrated all kinds of music. Check out Duke Ellington’s jazzy take:

And finally, an a cappella version from Pentatonix:

I’m not the craftiest person on earth, but even I could do some of these!

I hope these ideas have been helpful! Going to see The Nutcracker is such a rite of passage for children and doing just a little prep will maximize the experience for everyone. Enjoy the show!

Atlanta Residents: For a memorable holiday experience, head to the Fabulous Fox Theatre to see the Atlanta Ballet present The Nutcracker under the starry skies. Performances run from December 9th-24th.

This post is not sponsored, but it does contain affiliate links. Thanks for your support!