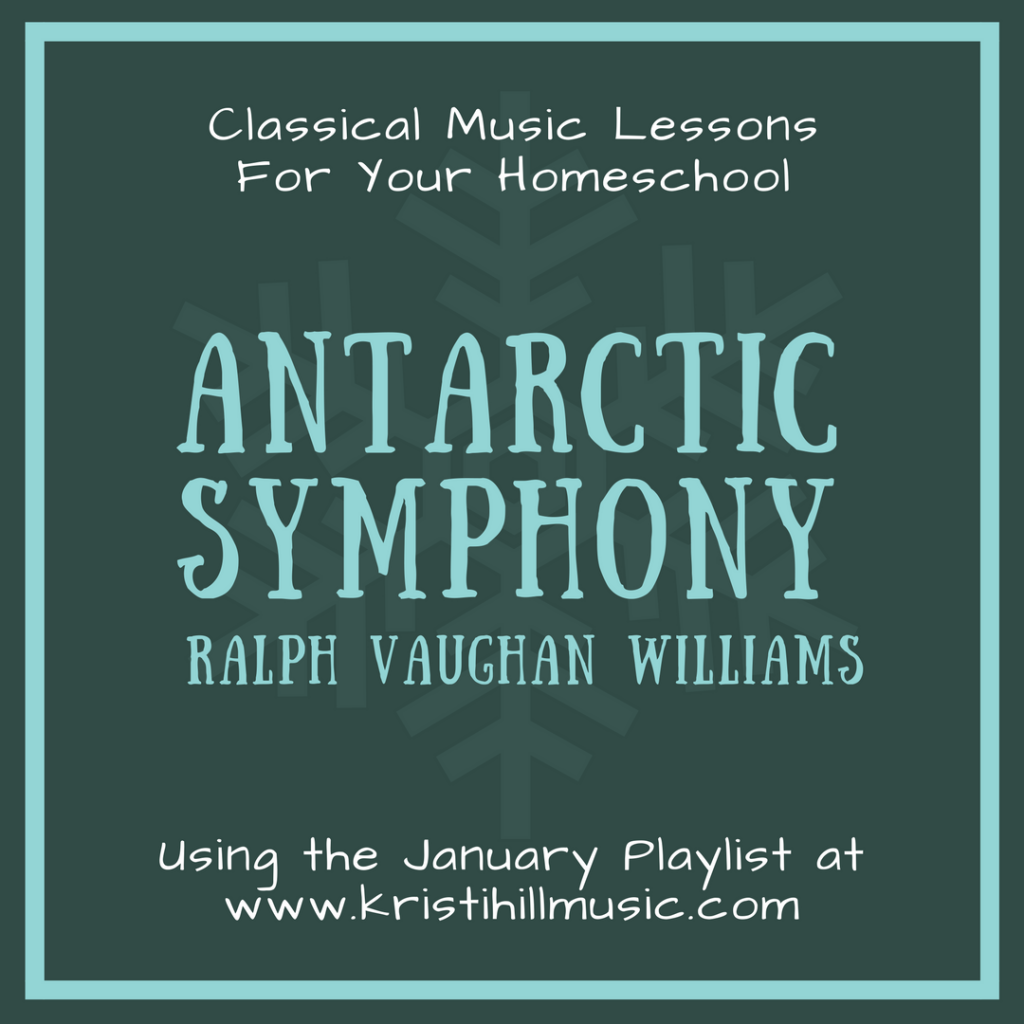 We are still working through the January playlist (found here on Spotify). Monday I posted a mini-lesson on The Skater’s Waltz, and today’s lesson is a composer study with multiple subject integration possibilities.

Ralph (pronounced “Rafe” as in, rhymes with “safe”) Vaughan Williams might not be as familiar to you as Mozart or Bach, but he is one of England’s most beloved composers. His work appears on the January playlist in the form of Sinfonia Antartica, aka the Antarctic Symphony.

The Antarctic Symphony was originally written as a soundtrack for the 1947 film Scott of the Antarctic. The movie tells the story of Robert Falcon Scott’s ill-fated Terra Nova expedition when he attempted to be the first person to reach the South Pole. (The descriptor “ill-fated” might give you a hint as to how that turned out).

Vaughan Williams was super inspired by the subject matter. He loved what he wrote so much he expanded the music into a full symphony. It is epic in scope and fittingly dramatic. Check it out:

Note how he uses howling voices to represent the cold wind around the 3 minute mark – cool! #punintended

Let’s get to know Ralph-rhymes-with-safe: (I love infographics, so I made you one – pin for later!). Here’s a few doo-dads about RVW:

(Interested in listening to more of Ralph’s music? Start with his most famous – The Lark Ascending. It will likely show up on a spring playlist when the birds start chirping!)

Integration Ideas for Every Stage:

Classical music studied in isolation can be a little abstract, especially for young children. I love to find ways to integrate the music into other subjects to make it come alive, and the Antarctic Symphony is a great piece to use as a jumping-off point.

Here are a few ideas for incorporating the Antarctic Symphony into other parts of your school day. And, of course, you’ll want to have the music playing in the background while you work…