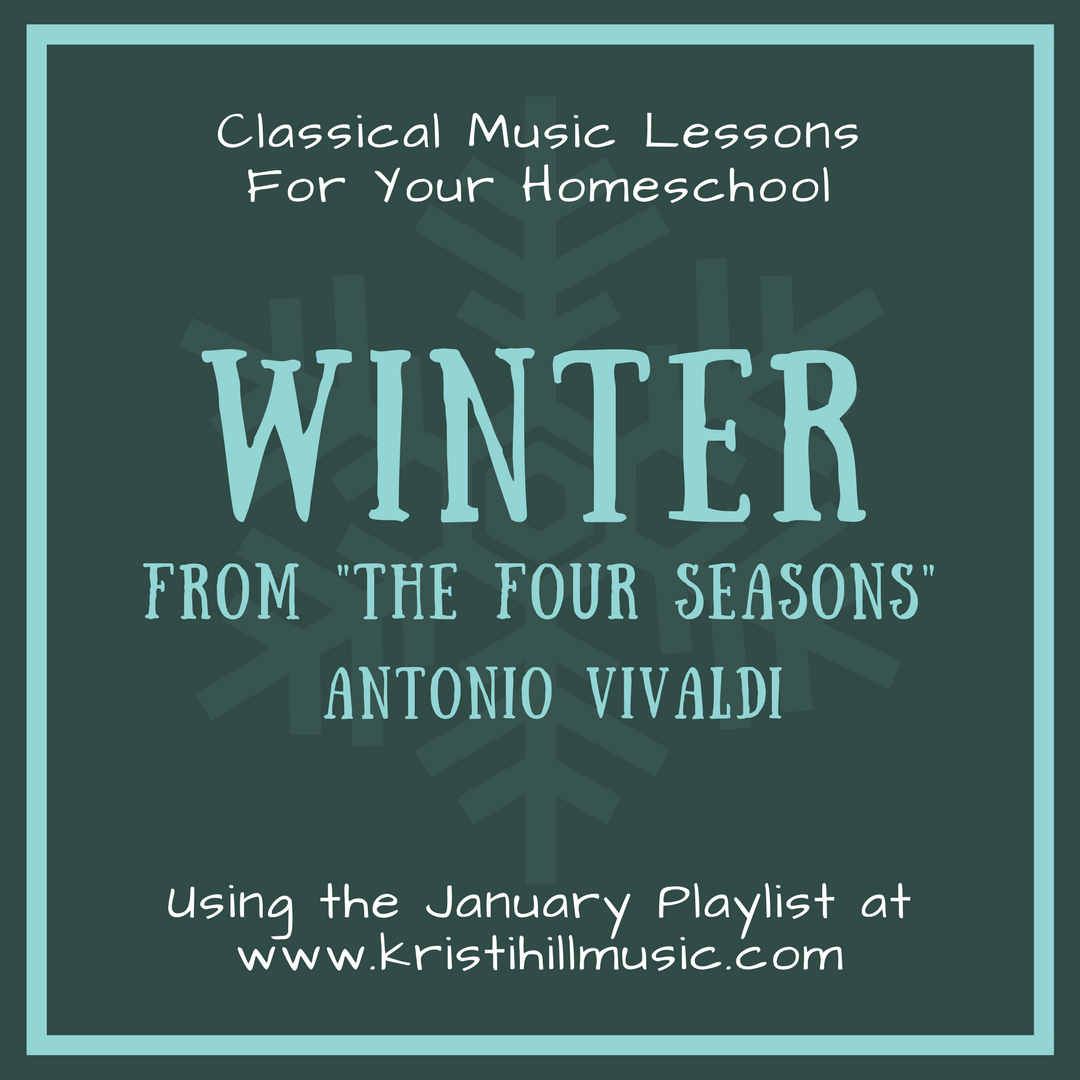 We are continuing to work through the January playlist, and today will be our last lesson. How is it February already? I will be posting the February playlist tomorrow, so make sure to check back!

I’ve saved my favorite winter piece for last: Antonio Vivaldi’s The Four Seasons. As the name indicates, this is a collection of music intended to evoke the feelings of the changing seasons. Winter happens to be my favorite of the four:

Vivaldi was ahead of his time, as many legendary composers were.

The idea of program music (music intended to represent something else) didn’t really flourish until the 19th century, which means our pal Tony was roughly 100 years ahead of the curve. Impressive, right?

Well, actually it is, but I am here to help.

My favorite part of Winter is the 2nd movement, which begins at 3:30 in the video above. Have your kids do some Musical Sketching, but don’t tell them what they are listening for.

Now, listen again and make observations about how Vivaldi recreates the sound of dripping water on the roof. Did you hear it before? Can you hear it now? Cool, right?

And now that you have listened to the real thing, how about a little Baroque meets Disney mashup:

And a few more facts about Tony V. if you want to learn more. Pin for later:

I hope you enjoy this music snuggled up with a cozy blanket!

*Don’t forget to come back tomorrow for the unveiling of the February playlist!