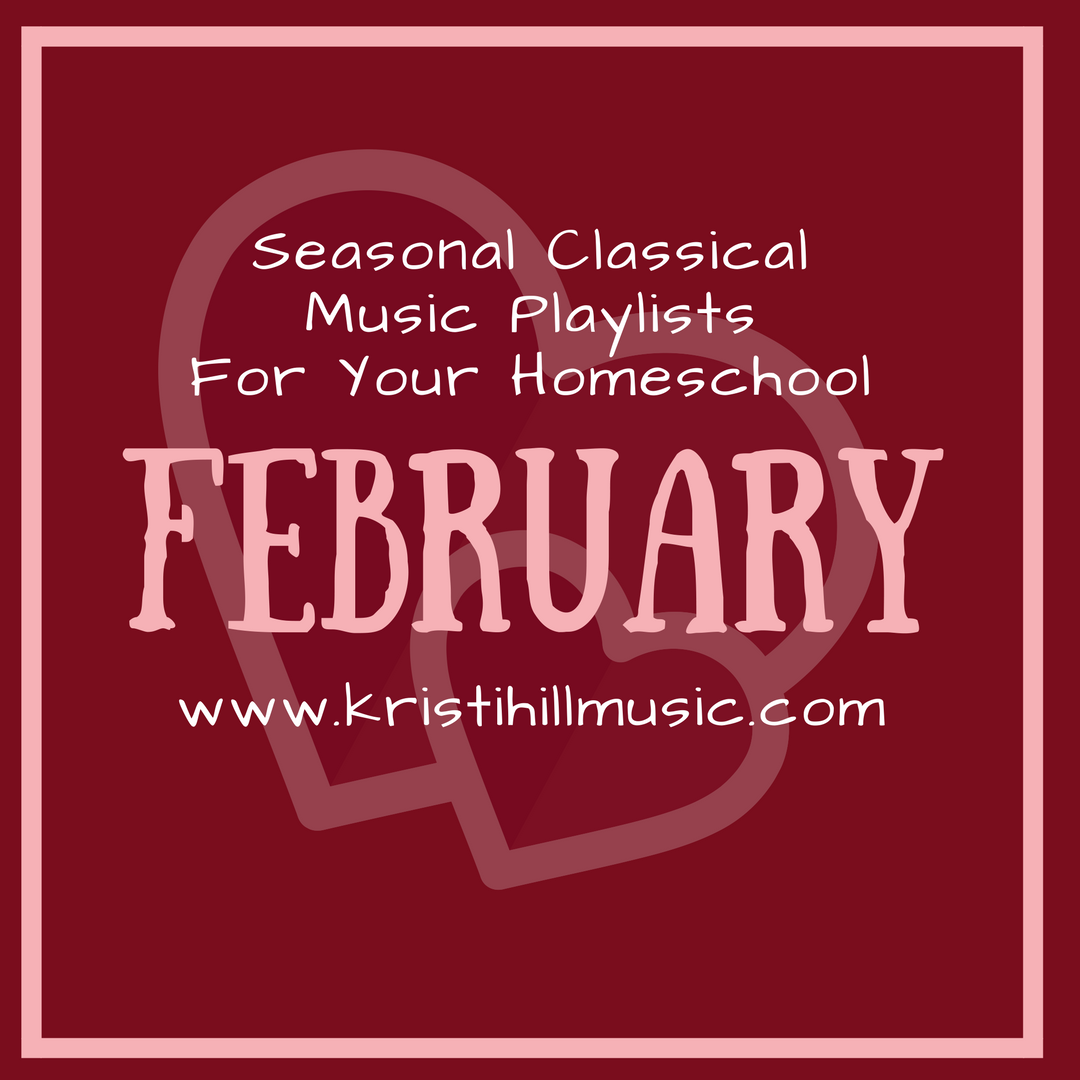 This post is part of a series designed to help get great classical music in your kids’ ears. I like to think of music seasonally, just like food. Sure you can eat a watermelon in January, but will it be good? The sense of waiting and rotating is part of what makes seasonal produce delicious. Music can be the same, which is why I encourage using these monthly playlists. A little infusion of new music each month keeps things fresh and lively. You enjoy it for a time, and then you enjoy moving on. Find the February playlist on Spotify HERE or use the Youtube links below.

The February list highlights lots of love, some unrequited love, a nod to President’s Day, and a piece from a game-changing African-American composer in honor of Black History month. 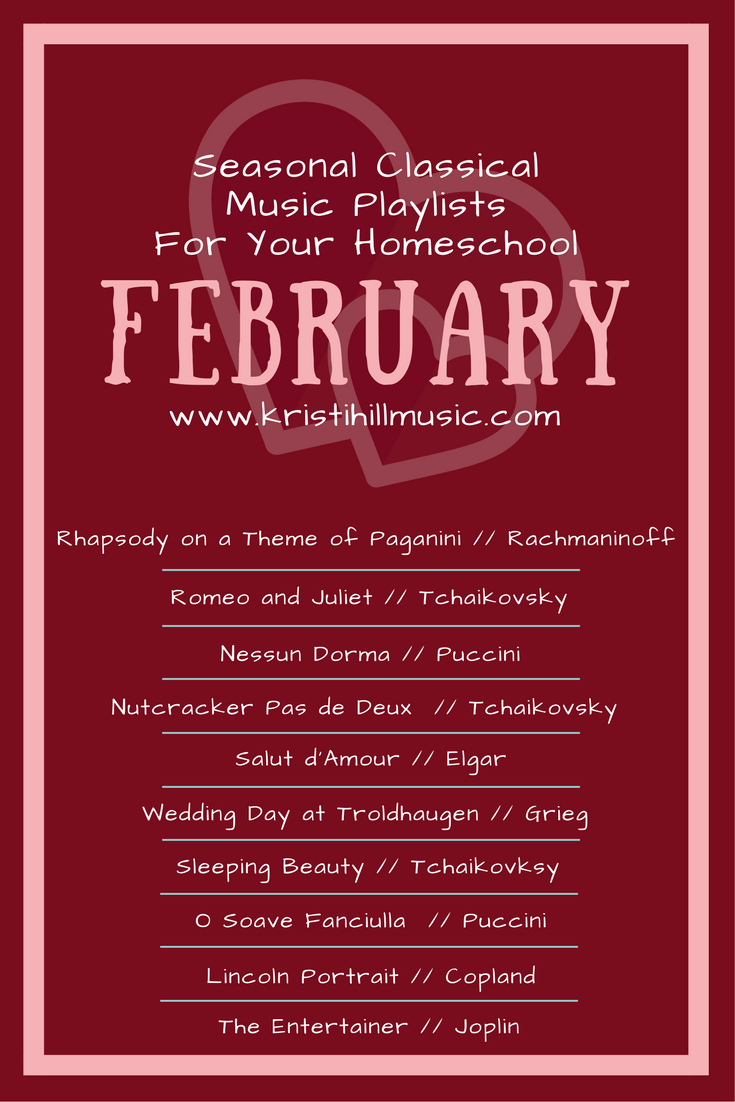 Rhapsody on a Theme of Paganini // Sergei Rachmaninoff

February means Valentine’s Day and all things romance. And when I think of a piece of purely romantic sounding music, this is the one that comes to mind. (If you are a child of the ’80s like I am, you might remember a little cheese-fest of a film called Somewhere in Time, starring Jane Seymour and Christopher Reeve. It has the best soundtrack ever, and it makes great use of this piece from Sergei Rachmaninoff…himself quite the tragic figure, but we will get to that later in the month.) This piece practically aches with romantic longing. Lush and sweeping. One of my favorites.

And speaking of aching, how about the most tragic of all tragic love stories? The subject of writers, composers, and artists through the ages – William Shakespeare’s ill-fated couple, Romeo and Juliet. I chose Tchaikovsky’s love theme for our February list.

One of the most famous opera arias of all time, Puccini’s Calaf has fallen head-over-heels in love with the captivating — but aloof — Princess Turdandot. He must win her love through great effort (and clever problem solving!), and his commitment is reflected in this heart-wrenching cry of love. (I have included both the instrumental and the vocal version in the playlist.)

There is so much great music from The Nutcracker. We won’t have room for all of it in December, so I plucked this romantic piece out for our February list. This is the moment when the Sugar Plum Fairy dances with the Prince. #dreamy

Edward Elgar is best known for a little piece heard at graduations around America called Pomp and Circumstance. But Salut D’Amour is pretty famous as well, and it was originally written as an engagement present for Edward’s true love, Alice. #swoon

From Edward Elgar to Edvard Grieg and more love stories. Troldhaugen is the name of the Grieg family home (now a tourist attraction for Norway’s favorite composer). This piece was written as a 25th anniversary gift to Grieg’s beloved wife, Nina.

By now you might be noticing the February list is a little heavy on Tchaikovsky. You are right, and that’s because I love him. Sleeping Beauty is not as well known as Swan Lake or The Nutcracker, but the music is epic. I have included the Waltz in this list — surprise, that’s classical music, not a Disney song! (The words were added for the 1959 movie.)

Tchaikovsky is to Romantic ballet as Puccini is to Romantic Opera. (That’s an analogy I can get behind.) This epic ballad is the love duet between Rodolfo and Mimi in La Bohème (which, incidentally, was the basis for the Broadway musical Rent). I’ve included both the instrumental and the vocal versions again, just in case operatic singing confuses your kids. (It’s okay, it confuses adults too.)

Copland was commissioned to create a work of music celebrating a great American, and he chose the great Abraham Lincoln. Copland’s Lincoln Portrait premiered in 1942. The piece included portions of Lincoln’s writings read aloud throughout the work. It is an all-American work from an all-American composer, in honor of President’s Day.

Scott Joplin was a music pioneer in the 1800s, and I included him on the February list to help your kids celebrate Black History month. Western culture being what it is, there are not many African-American composers in traditional music history, but Joplin is definitely one to know. He developed the entire style of music now known as ragtime, and The Entertainer is his most famous piece. Children love it!