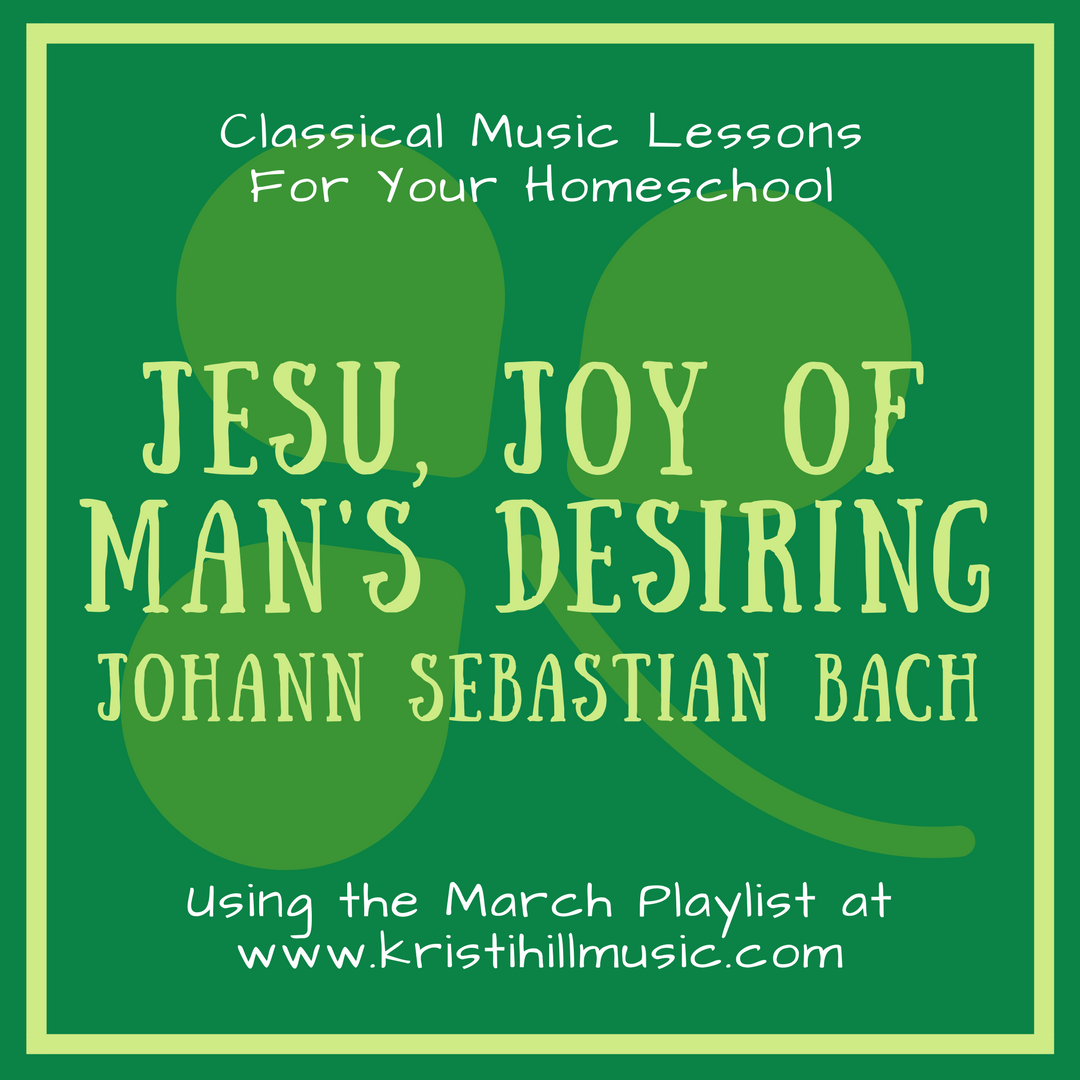 The March playlist rolls on…here are the lessons we have done so far:

We are more than 10 weeks into 2017 and today is our first lesson on the mightiest of the mighty composers. The greatest ever: Johann Sebastian Bach. At least some people think so.

“Playing and studying Bach convinces us that we are all numskulls.” Robert Schumann

“Study Bach. There you will find everything.” Johannes Brahms

“Bach is a miracle of God.” Gioachino Rossini

And those guys are kind of a big deal.

What’s fascinating is that Bach was not a big deal, in his day at least. He was just an ordinary guy. He worked really, really hard, and he was faithful to his family and to his Lord. Though he worked for great churches (and even for royalty), he was no big thing because musicians were not elevated at all back then. They were kind of blue-collar workers, really. Bach lived to age 65, died quietly, and nobody much cared.

Very few of Bach’s works were published in his lifetime. He became famous almost 100 years after his death when a young, hot-shot composer named Felix Mendelssohn mounted a production of one of Bach’s lost works. Felix was 20 years old at the time, and he is credited with being THE reason Bach was re-discovered. It would be kind of like Justin Bieber making a long-dead musician a household name.

How about an analogy?

Did I do that right? I was never good at analogies.

The answer is Jesu, Joy of Man’s Desiring, and my point is that Bach was writing praise songs before praise songs were cool. He was taking new texts (new, as in, not straight from the Bible) and setting them to new tunes, to be sung in the church. This piece you know and have heard at one million weddings was the 10,000 Reasons of it’s day.

It doesn’t sound that crazy now, but it was ka-razy then. Bach was breaking rules and busting expectations. To make it simple: Bach was simply ahead of his time.

The lyrics to Jesu were written by someone else – not unusual. But here is where I have to tell you the full truth about one of Bach’s most famous pieces: Bach didn’t write the lyrics and he didn’t write the tune.

I know. Right? It’s weird, and nothing makes sense anymore.

The tune you are so familiar with was written by our good friend, Johann Schop.

What, you don’t know Johann Schop? Yeah, me neither.

Bach comes into the picture because he lifted Schop’s tune and arranged it as part of a cantata (a big collection of music, all sung together). Over the centuries, Bach became closely associated with the piece and now it is assumed he wrote it. But you know the truth.

Bach’s point was never fame – it was glorifying the Lord with his music. He often wrote cryptic letters in his scores like “S.D.G.” which stood for Soli Deo Gloria – “to the glory of God alone.” He wanted, more than anything, for his music to point people to the Lord.

There is much to be learned from Mr. Bach and his incredible music. He will show up many more times on our playlists. He is the best of the best.

For now, add this music to the background of your school day. It is perfect for homework ambiance!

A few versions for you…

Bach does jazz (and maybe a little gospel?):

Bach does whatever this is called: