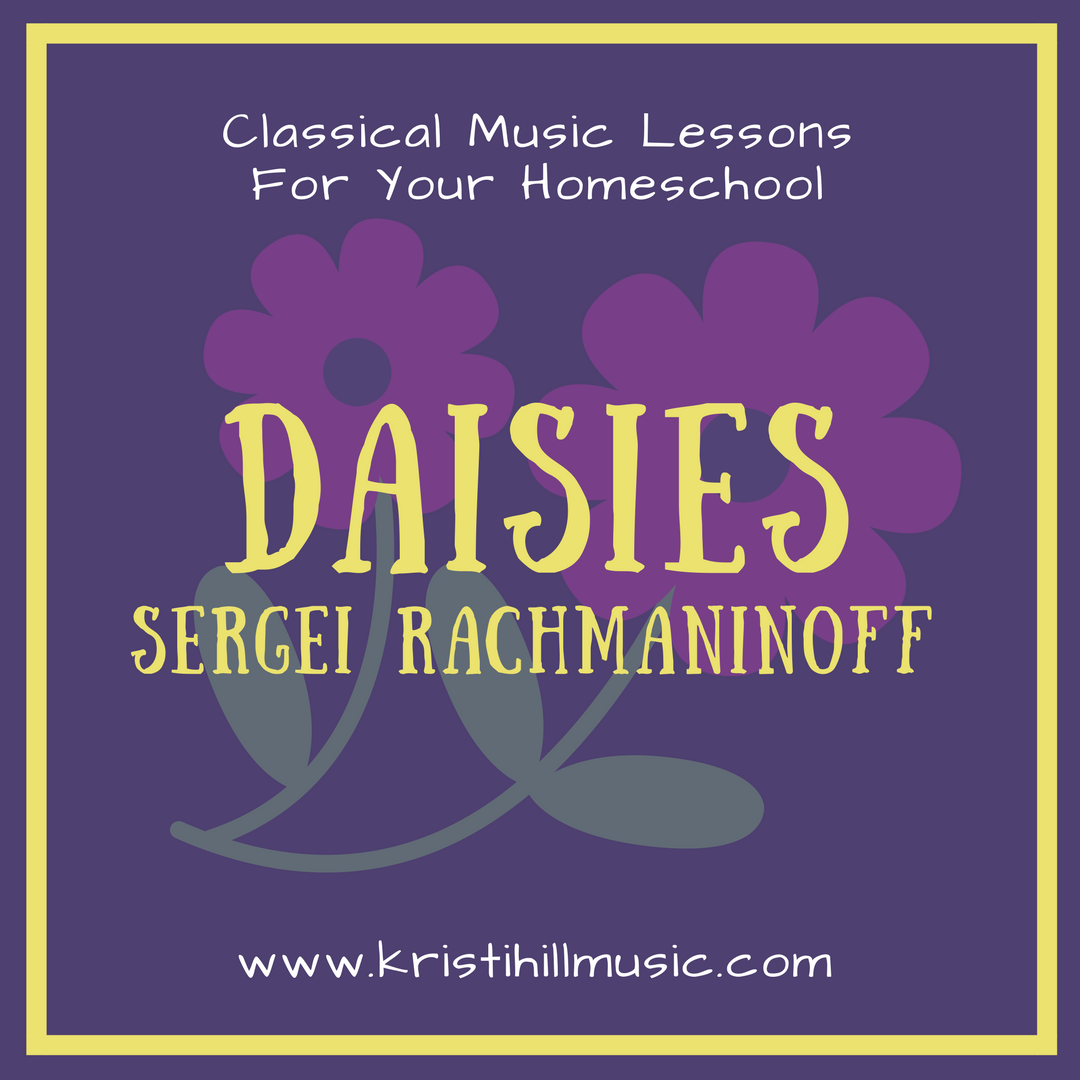 April is more than half over – so fast! Here’s what we have covered so far on the April Playlist:

Before we go any farther, are you in the mood for a little lesson on the cyrillic alphabet? Don’t worry, it won’t take long. (Because I don’t know much.)

Today’s composer shows up both ways on ye olde Google. Why? Well, it has something to do with the cyrillic alphabet and how his name ends with the letter approximating a “V” sound, but which is actually voiced as an “F” sound. Confusing, right? It was handled by just using both. (That’s not confusing at all.) The “F” ending is more common, so that’s what I use.

Oh how I love a good Russian tragedy! Old Russia is full of romance, royalty, intrigue, sumptuous palaces and incredible history. The Russian revolution really messed all that up, what with the impending rise of communism and all.

More about all that in a minute.

I chose today’s piece for a couple of reasons. First, it’s named after a spring flower, and this is the April playlist. Slightly less obvious is the fact that the piece sounds way different from anything we have listened to so far.

Which leads me to one of my very best tips for getting kids interested in classical music: keep it moving.

That’s right – don’t dwell too long on any one style of music or any one composer. The more contrast you introduce, the more the children will hear musical differences themselves. And that is empowering to them. There is no way a child can distinguish between a bunch of Baroque concertos (only music professors can do that), but play Bach’s Sinfonia next to Rachmaninoff’s Daisies, and you’ll hear some pretty obvious differences. It keeps it fun and interesting for kids to be able to make these distinctions themselves.

It is important to note there are many music education philosophies that disagree with this completely. But that’s what makes the world go ’round, right?! After years in the classroom, this is simply what I have found works best.

Give Daisies a listen, then I’ll tell you the back story:

Rachmaninoff grew up in an aristocratic family, though his father wasn’t always wise with their cash. Sergei began studying music at the age of four, attending the Moscow Conservatory and graduating with honors in 1891. He experienced some early wins and was on the fast track to musical success. Sergei put his heart and soul into composing his first symphony.

(Legend has it the conductor, Alexander Glazunov, was drunkity-drunk drunk on premiere night. But that’s neither here nor there.)

Sergei was so upset he pretty much quit music altogether, went into therapy for several years, and made a living giving piano lessons. (He was a massively talented pianist, so this was a little like Tom Brady making money coaching little league football.) It was not a pretty sight, but hooray for therapy! It helped Sergei greatly. He came out of his depression and began working again after a few years.

Remember Sergei was an aristocrat? His family had been very wealthy and was considered the upper echelon of society.

Otherwise known as, they were not on Team Bolshevik when the Russian revolution happened in October 1917.

With the revolutionary handwriting on the wall, it was clear anyone with aristocratic ties would not find favor with the new regime. So Rachmaninoff and his family did what any normal Russian family would do – they fled the country on an open sled. After some transition time in Scandinavia, the family made their way to America and settled into a new life the following year.

So where does Daisies fit into this story? Well, it was a part of the last collection of music Sergei wrote before fleeing his country. It marked a musical turning point for him – some of his last notes composed on Russian soil. He loved his country and never wanted to leave. He felt forced to and never fully recovered emotionally from the trauma.

So listen with that in mind. There is a melancholy quality to the music I love to project onto the story. We’ll never know how much he really knew about what was ahead when he penned these chords, but I like to think maybe, just maybe, he did — and that it is reflected in this music.