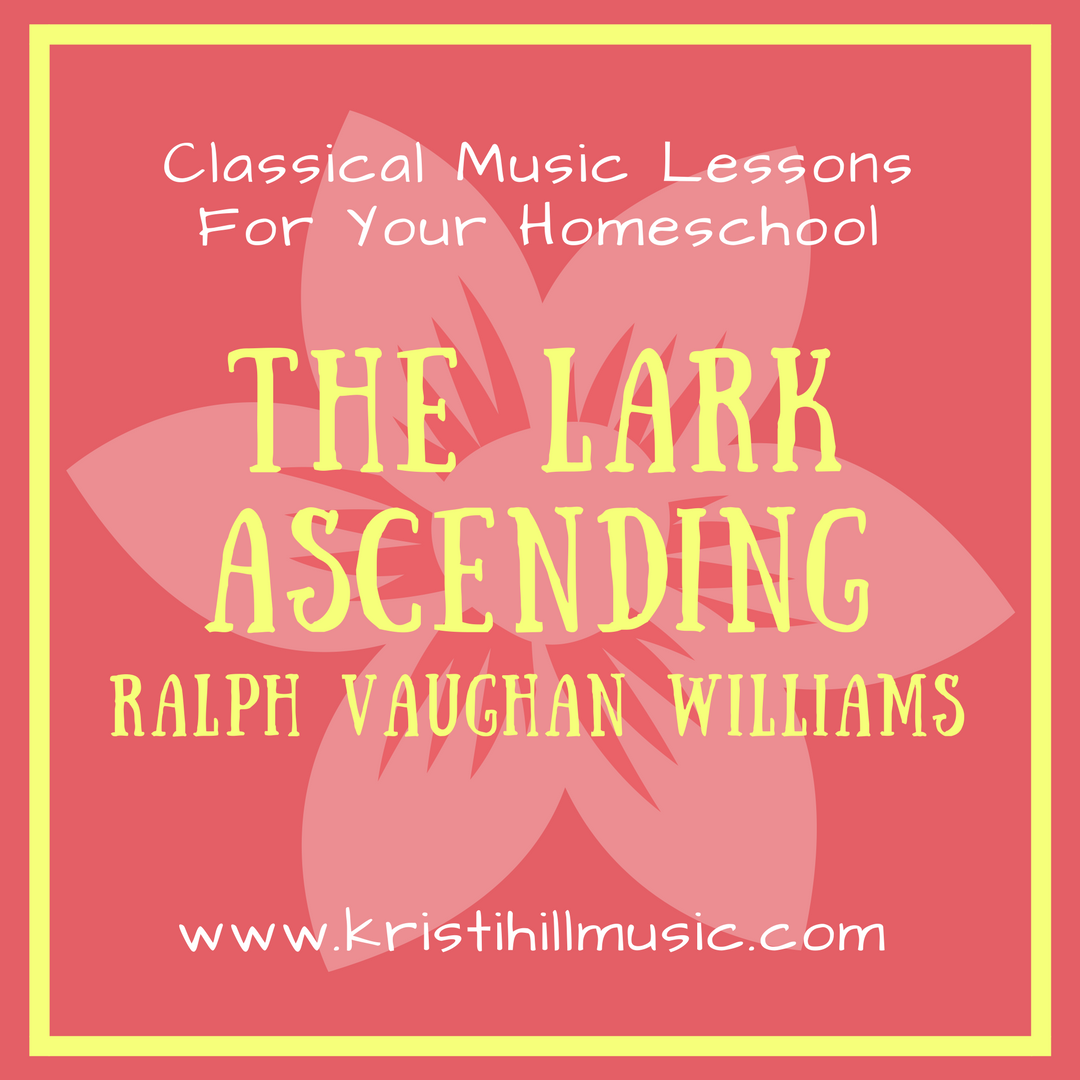 We launched the May playlist Tuesday! Head here for all the details.

Teach Your Kids: “The Lark Ascending”

You know how Pixar movies appeal to kids and adults on different levels? This piece does that for me. At first listen, you simply hear the violin sounding like a bird flying up into the sky. Lark + Ascending = Self-explanatory.

And that’s all you need for kids. They can hear the representation, make the connection, and a great music lesson is had. Here’s your video (it’s long, but you get the point in the first couple of minutes):

Now let me hook you up with the back story. There is much to learn for kids and adults.

Englishman Ralph Vaughan Williams (pronounced “Rafe” – rhymes with “safe”) was an interesting chap. He was obsessed with local music and spent a lot of time traipsing through villages and hamlets listening for tunes and melodies he could include in his compositions. He was born into the aristocracy, which meant he was never tasked with actually having to earn a living. He just sauntered around the English countryside, worked on his music, and lived a comfortable life.

But, as we all know from repeated watchings of Season 1 of Downton Abbey (oh…that’s just me?), that life was not meant to continue forever.

Ralph-rhymes-safe wrote The Lark Ascending in 1914 but had to shelve it when England was drawn into World War I. Though he was technically too old, Williams’ patriotism and love for his country drove him to enlist. Before setting off for the battlefield, he was spotted jotting music notes on paper and was accused of writing code for the enemy. He was arrested for spying (really!), but eventually released. He went to work for the ambulance corps and spent two years carrying stretchers for fallen comrades.

After the war, Williams returned to a very different country – one battered and bruised by years of battle. He also returned to his music, finally premiering The Lark Ascending in 1921. The piece that was written when Ralph’s life was defined by peaceful village walks took on a far more complex meaning. It became an unofficial representation of England’s rise from literal ashes to a new version of herself.

Share: ShareShare
« Classical Music Playlists for your Homeschool: May
{Music Lessons for Kids} Symphony No. 5 // Beethoven »