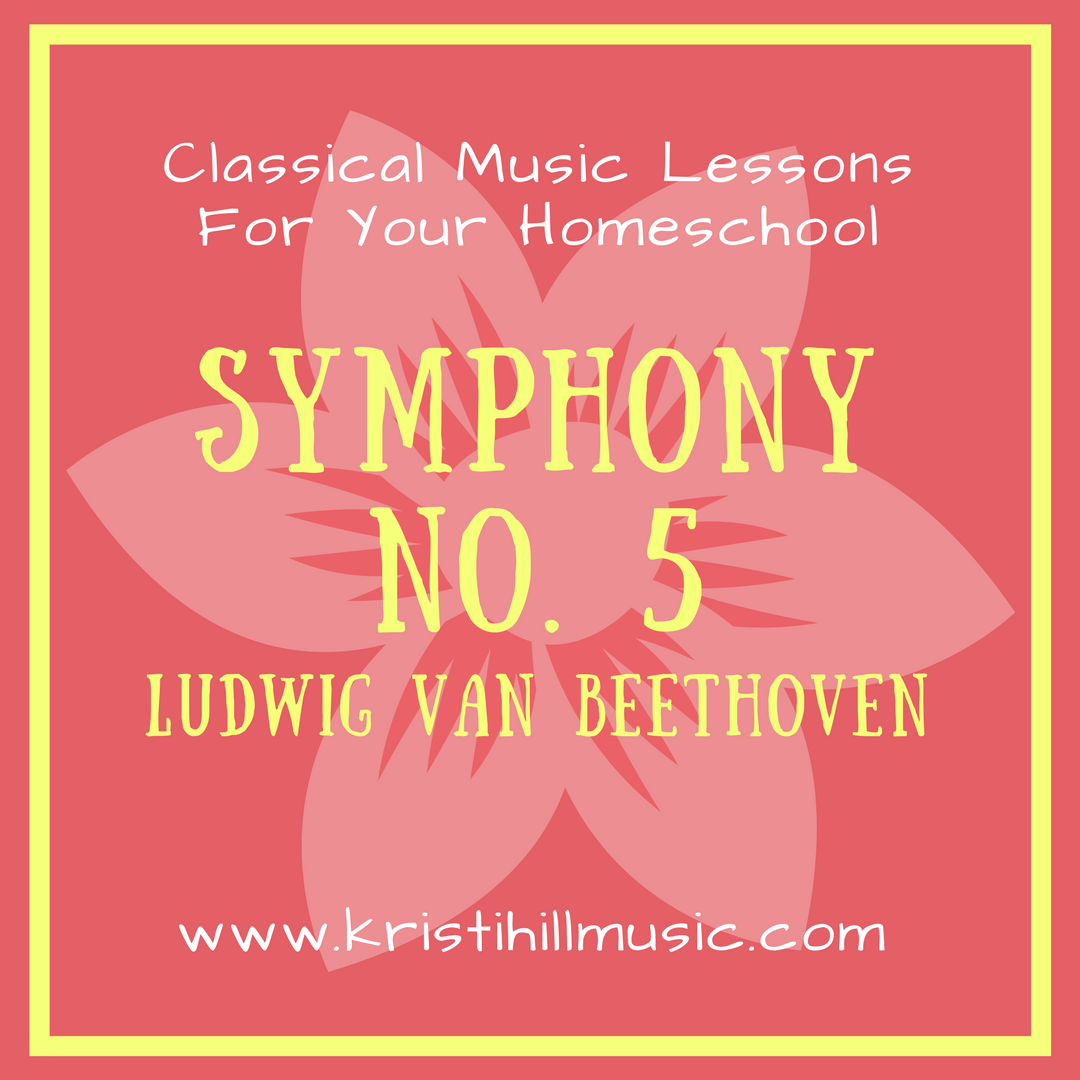 Just joining us? We kicked off the May playlist last week! Head here for the details.

May Lessons so far:

Beethoven was a loon.

And I love him for it.

Emotionally unstable, temperamental, and stubborn as an ox — but BOY, could he write some music.

Ludwig van Beethoven is often described as bridging the gap between the Classical and Romantic periods of music history. There are lots of fancy ways to break this down, but it basically means this: music had been a bit buttoned-up during the Classical era. The Romantic era allowed everyone to let their hair down.

Aside: It’s not confusing AT ALL that all this music we talk about is called “Classical” music, but within “Classical” music there is subset of music called “Classical,” – to differentiate it from Baroque, Romantic, and Modern music. I don’t know whose idea that was, but I think a better path could have been forged. You’ll have to go with the context clues, my friends. (And don’t get me started on how hard it is to teach kids that Romantic isn’t, well, romantic…)

Aside aside, it’s important to note that Beethoven was a big force in this musical shift from Classical to Romantic, and it kind of happened because of him.

And it might not have happened at all if not for a deeply personal tragedy.

You might know Beethoven was deaf, but you might not know it happened very, very gradually. Signs showed up as early as his late 20s, when he began to regularly hear ringing in his ears.

No one knows exactly when he became fully deaf, but by the time his 9th Symphony premiered in 1824, Beethoven had to be physically turned around by one of his musicians to see the audience applauding wildly for his work. He could hear nothing at that point.

In terms of Beethoven’s musical legacy, here’s what’s cool: the more hearing loss he experienced, the more creative he became with his music.

It was almost as if he could feel his creative potential fading, and he became willing to operate with more risk and more abandon. He tried different things. He created different sounds. He was more expressive. The urgency in his music reflected the urgency in his soul: he was losing the ability to hear his own creations.

Given the Romantic era is marked by expressiveness, and Beethoven’s music is widely considered to have ushered in the transition, it’s not a stretch to observe his personal loss and subsequent creative shift affected the trajectory of music history.

Symphony No. 5 falls right in the middle of this transition. It was written between 1804-1808, after he had begun to struggle more significantly with hearing loss. It was the beginning of the end for Ludwig.

Questions With No Answers

What if Beethoven had never had any hearing loss?

Would he have created what he created?

What if his life had not been marked by hardship?

Would he have spent the second half of his life mining new depths of creativity?

We will never know.

But this we do know: Beethoven was one of the greatest musical geniuses that ever lived. His contributions altered the creative landscape in profound ways. And we get to benefit from 200-year-old music that still resonates today.