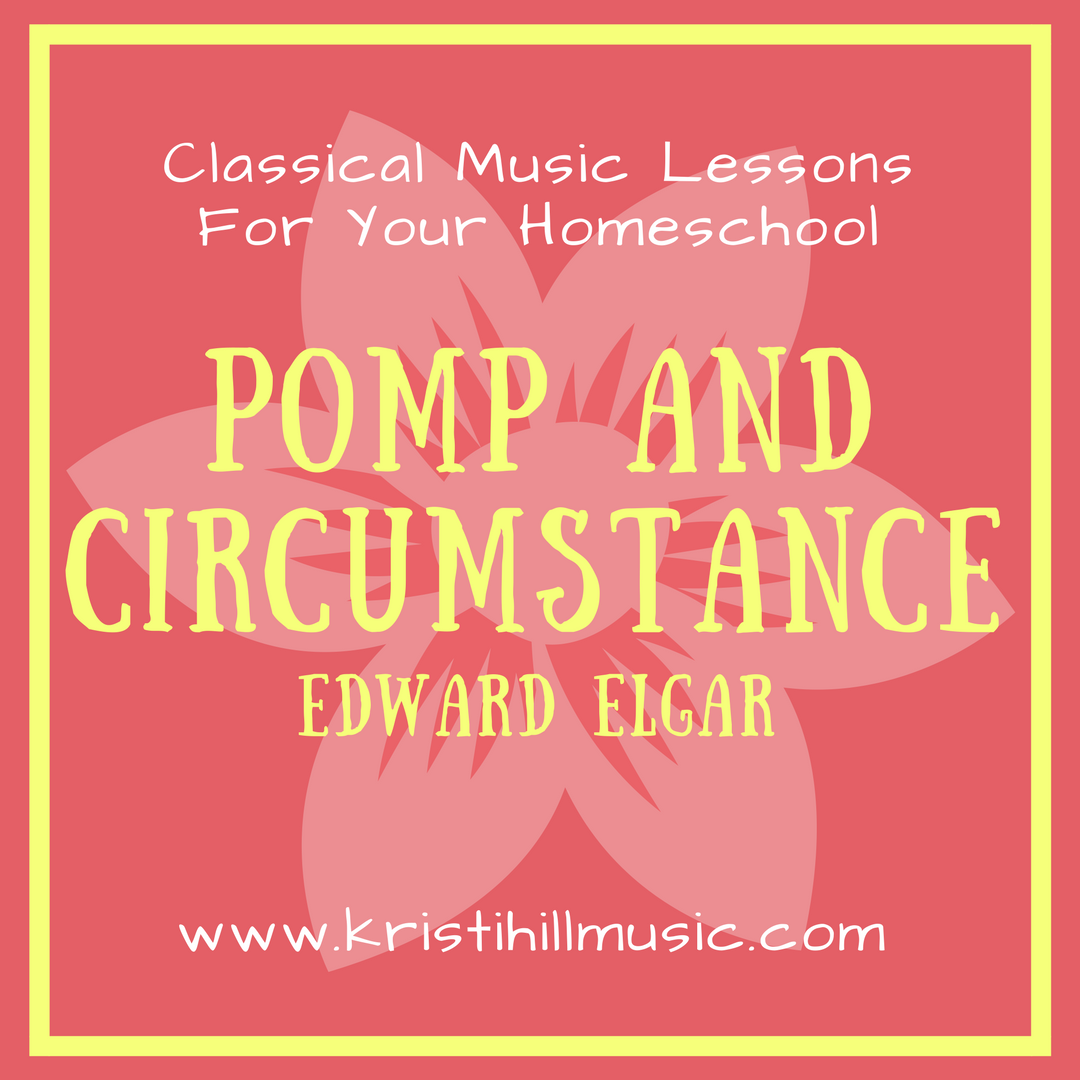 Here are our May Lessons so far:

You’ll Know This One

Today’s piece is one of the most universally well-known pieces of classical music EVER.

It is also played at the exact same time of year more than any other piece of classical music. Given that the piece is in the title of this post, I won’t belabor the reveal: Pomp and Circumstance, AKA the Graduation Song.

This piece is an iconic part of American culture, though it was composed by an Englishman and originally had absolutely nothing to do with graduations.

How did this come to be?

Sir Edward Elgar was appointed “Master of the King’s Musick” in 1924, which pretty much meant he was the musical go-to for the British royal family. It was the highest musical honor his country could possibly bestow upon a composer – England’s way of saying, “you’re the best we got.”

Of course, they said it much fancier than that.

But that piece of information alone is a little like seeing only the endlessly stunning vacation pictures of your annoying Facebook friend. (You know the one. The one who’s life is always more FABULOUS than yours.) It’s beautiful on the outside, but there is always more to the story.

The snapshot of a high honor shows Edward Elgar as a beloved and respected composer. But how he got there? Well, it was complicated.

Edward always viewed himself as an outsider.

…Other composers were trained; he was self-taught.

…His composer countrymen were Protestant; he was Catholic.

…The people around him were aristocratic; his father worked as a piano tuner and his mother was the daughter of a farmer.

Edward always felt like he was climbing uphill, trying to create music in an unwelcome environment that favored other composers. He almost gave up many, many times.

(Want to know why? We talked about it back around Valentine’s Day…which might just give you a little clue…)

Buoyed by the support of his loving wife, Edward pressed through his doubts and insecurities and ultimately became one of England’s most beloved composers. He never gave up, despite facing difficult circumstances that constantly temped him to walk away from his music.

His musical perseverance ultimately resulted in him receiving a prestigious award in America. And that led to one of his works cementing itself in our nation’s musical story.

Pomp and Circumstance Goes to America

The title “Pomp and Circumstance” comes from a line in Shakespeare’s Othello: “Pride, pomp, and circumstance of glorious war!”

Elgar lifted the phrase to title a set of five military marches he premiered in 1901. Land of Hope and Glory quickly rose to be the favorite of the five and was used for King Edward VII’s coronation the next year.

(Context: Edward VII was the son of Queen Victoria and the great-grandfather of the current Queen Elizabeth.)

Elgar continued to rise to fame and was eventually invited to America to receive an honorary degree from Yale University. The school thoughtfully played Elgar’s “Land of Hope and Glory” from the the Pomp and Circumstance Marches during the graduation ceremony — but as the recessional, not the processional.

Ivy League competition being fierce, Princeton University caught wind of this piece being used at Yale’s graduation ceremony and they quickly incorporated it into their own school tradition.

Want to hear it? I am including the entire “Land of Hope and Glory,” but the graduation portion doesn’t begin until 1:50. This is a patriotic song for the Brits, so there is singing and everything:

Questions For Your Kids…

Here’s something to discuss:

But what if Edward had given up writing music?

What if he had not pressed through the doubts and times of discouragement?

What if he had let the fear win?

Students around the nation would be marching down the graduation aisle to an entirely different song, that’s for sure. And Edward would have missed an amazing life of creativity and musical contribution.

These are great lessons and conversations to have with our children. Enjoy this music and use it as a vehicle to talk to your kids about fear, courage, and love.