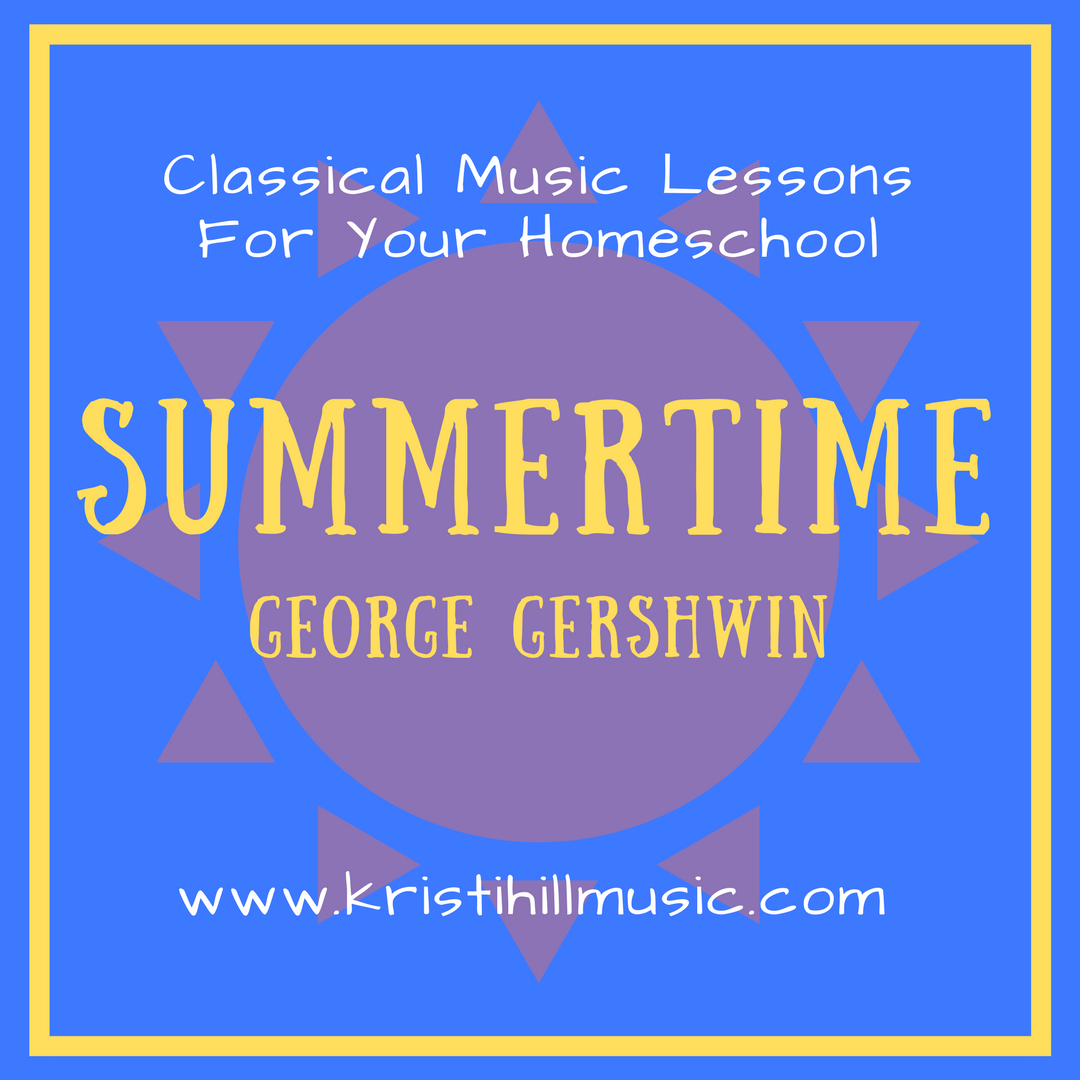 Well, summer is certainly coming to an end, no? It’s a fuzzy line in Atlanta because temps can hover into the 90s well into September, but there is definitely a mental shift as August winds down.

I am wrapping up the Summer Playlist this week. It has been fun to work through these summer pieces, and I hope it will be a good resource for you for years to come. Here is a list of all our lessons. Next week I will have mini-lessons for the last two pieces on the list, and in two weeks I will post our new playlist for September. Yay for new music!

For these final languid days of summer, I share with you the most languid of pieces: Gershwin’s humidity-soaked ode to summer in the South:  Summertime from Porgy and Bess

George Gershwin was an American composer, born in Brooklyn in 1898. He always longed for a career in music and worked hard to create one for himself. He was successful in commercial ventures that were a hit with the masses, but not necessarily appreciated by the critics. He longed to create music that would be considered important and significant.

In an effort to do so, he poured all his energies into a new opera, Porgy and Bess. Almost all the main characters were African-American, which was a radical new idea in 1935. Sadly, Gershwin was well ahead of time with his music and his ideas. The opera was a radical failure.

Discouraged, Gershwin left New York City for the bright lights of Hollywood. He was experiencing great success creating music for movies when he unexpectedly died of a brain tumor just two years after moving to California.

Gershwin’s death caused renewed interest in Porgy and Bess. People re-considered the genius of what George had created, and the opera has only grown in popularity since. George never knew he would one day be considered a massive success.

Summertime was the breakout hit. It has become one of those genre-busting songs that sounds great in many different styles. I’ve got a few versions for you.

Here is the original with the vocal sung by the ridiculously talented Audra McDonald:

And here is an instrumental:

And how about a jazz version?

One more, just for fun. Willie!

Pick your favorite version and enjoy it in the background during school work. Savor your AC while you are at it 😉