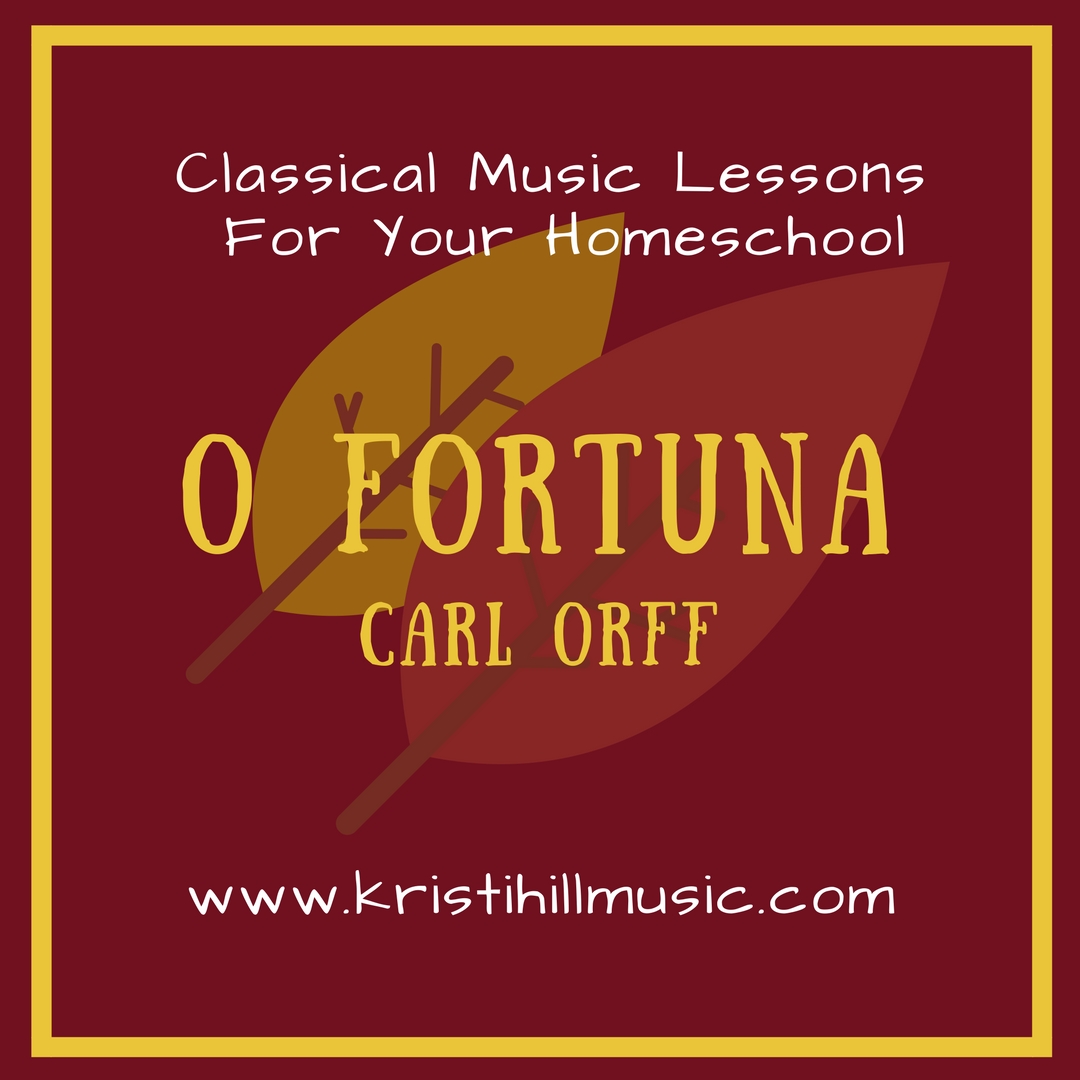 We are working through our September Playlist. So far we have covered Gustav Holst’s The Planets, Autumn from Vivaldi’s The Four Seasons, and Meditation by Jules Massenet.

Last week we covered one of the most calming pieces of classical music out there, Jules Massenet’s Meditation. It’s lush, soothing, and, well, meditative. It’s like a five minute trip to the spa, minus the eucalyptus.

Today’s piece is kind of the exact opposite of that.

Let’s get straight to it. Your kids will have a blast sketching to this one. (Catch up on my Musical Sketching technique HERE.)

13 million views don’t lie. This piece is a blast!

So, it isn’t in English. I’m guessing medieval Latin is not your first language, so we can take it off the table that we were supposed understand a thing they said.

Let’s break it down.

O Fortuna is a poem from a collection known as the Carmina Burana, which is known for being on the irreverent side (given that it satirizes the Catholic Church). It’s also, allegedly, a little bawdy. But, like you, I don’t speak medieval Latin, so I wouldn’t know.

But, Kristi, aren’t there English translations?

Why, yes! There are! But they are incredibly dense and uninteresting to me. But by all means, have at it.

German composer Carl Orff was much more amenable to tackling the text than I am, and he wrote an entire cantata of material based on Carmina Burana. O Fortuna was the breakout hit, so to speak. It is the one that people still know and love.

From a pop culture perspective, it has experienced quite an interesting journey. At first it was used as soundtrack music for scenes conveying intense danger or cataclysmic circumstances. Over time, the piece became so ingrained in popular culture it shifted to being used as parody. For instance, this example from Steve Martin and the film Cheaper By the Dozen (you can hear O Fortuna toward the end of the clip):

It is funny to note that this music, once considered so highly elevated, now feels completely appropriate in a comedic setting. Interesting, no?

I would be completely remiss if I didn’t tell you more about Mr. Orff because Carl and I have one major thing in common: we both care deeply about teaching kids to love music.

He spent much of his life promoting his teaching philosophy, which proclaimed all children have the capacity to learn and love music. And that music education should be approached in a friendly way that is “close to child’s world of thought and fantasy.”

That’s what I think too! #solidarity

So much music education takes the joy out of teaching kids about music. (I hate to say it, but it is true.) Too often music educators want to just make kids sit up straight and listen to a Bach concerto as if they care.

Here’s what I believe:

We have to TEACH a child to care.

We have to INSPIRE a child to care.

We just have to remember that children are children. Their brains are soft and mushy and ready to be shaped into whatever we want to shape them into. I like to think I can shape those mushy brains into loving classical music with just a bit of childlike thought and fantasy. I don’t even think it has to be hard. We just have to get out of the ivory tower and onto the floor with them. Have fun. Laugh at the overwrought O Fortuna. Engage your kids in joy, expressiveness, and laughter.

P.S. Because I love you, I leave you with THIS. Preview first before you show it to your kids 😉