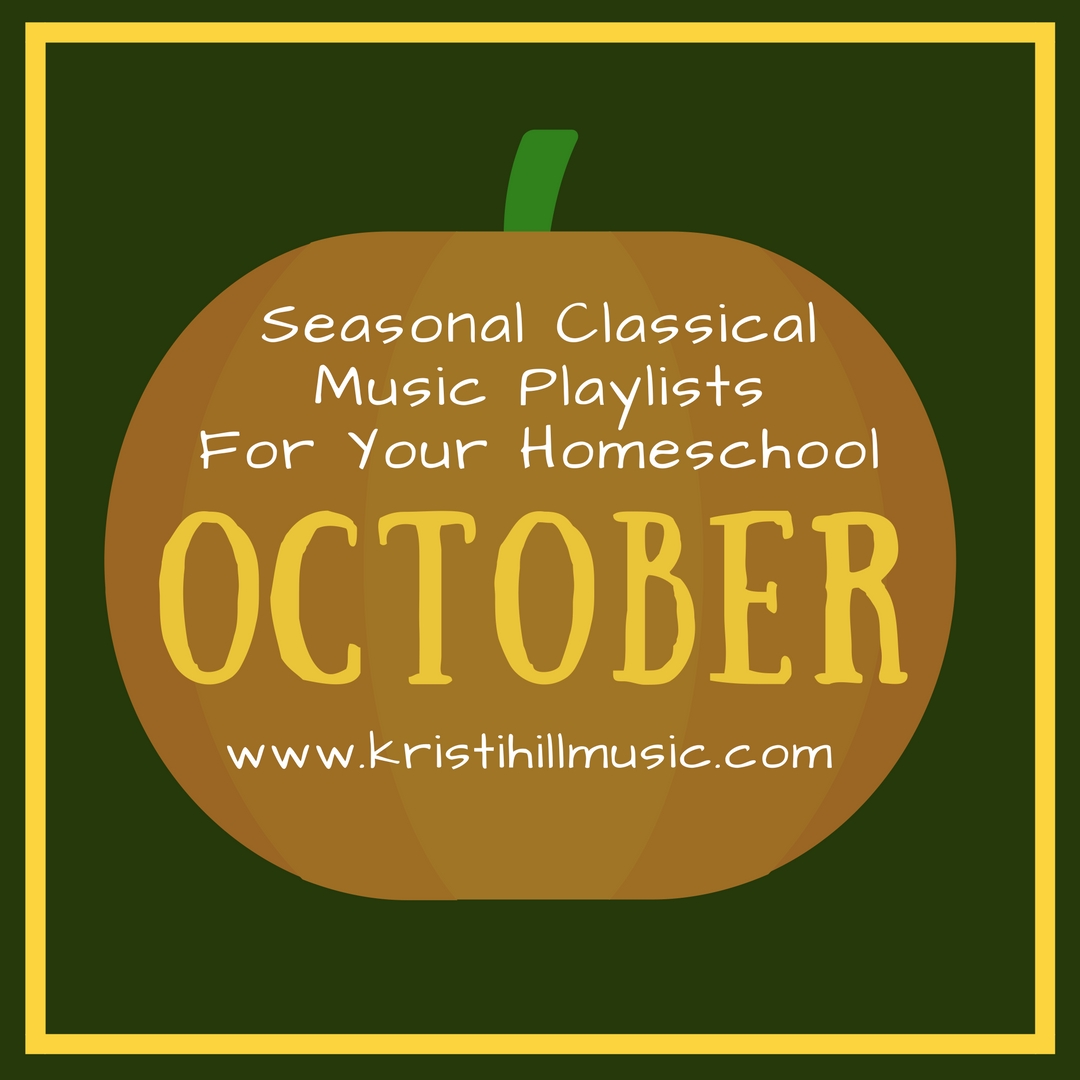 This post is part of a series designed to help get great classical music in your kids’ ears. I like to think of music seasonally, just like food. Sure you can eat a watermelon in January, but will it be good? The sense of waiting and rotating is part of what makes seasonal produce delicious. Music can be the same, which is why I encourage using these monthly playlists. A little infusion of new music each month keeps things fresh and lively. You enjoy it for a time, and then you enjoy moving on. Find the October list on Spotify here or use the Youtube links below. 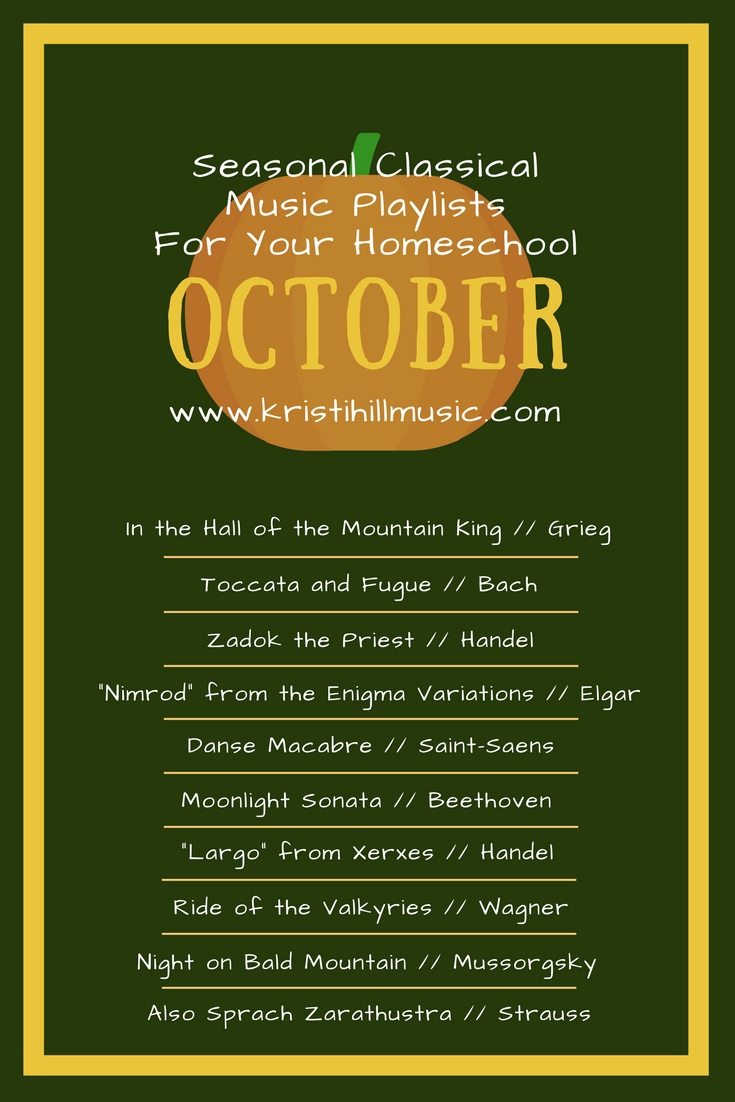 I had (probably a little too much) fun this month tapping into the spooky side of classical music. It’s fun for kids to know that so many pieces of music they hear in association with Halloween are actually from the classical music world!

In the Hall of the Mountain King // Grieg

From Grieg’s Peer Gynt Suite, the music paints the picture of the protagonist tip-toeing through a castle, desperate to hide from angry trolls. It is easy to hear the moment in the music when Peer Gynt is discovered! More HERE.

This is the quintessential Halloween music associated with haunted houses and gravestones that open when you pass by. (Oh. That’s just my neighbor??). My students always get a kick out of finding out it was written by a guy who wore a wig. The fact doesn’t compute, and it makes me laugh every time.

Zadok the Priest was originally composed for England’s coronation of King George II, which took place on October 11, 1727. The piece has been used at every British coronation since. Lesson HERE!

A tortured and insecure soul, Elgar often considered abandoning his music. The support of family and friends sustained him throughout his career, and he wrote the Enigma Variations as secret messages of appreciation. Nimrod was composed for Augustus Jaeger, Elgar’s close friend and faithful supporter.

Perhaps the most innately Halloween-y tune on the list, Danse Macbre is based on an old French superstition that “Death” shows up at midnight on Halloween to call the dead from their graves. The dead proceed to dance to his fiddle (you can hear it early in the piece) until the rooster crows, at which point they return to their graves until next year. Saint-Saens uses the xylophone to represent rattling bones. Clever and creepy, Monsieur!

Beethoven’s Moonlight Sonata was known to Ludwig himself as simply Piano Sonata No. 14. It wasn’t until many years after his death that a music critic ascribed the moonlight moniker, when Beethoven’s moody tune brought to mind the beauty of the moon shining down on Lake Lucerne.

Handel makes the list twice this month. Number 1: I love him. Number 2: Your ears need a break from all this Halloween-y music. Number 3: I haven’t gotten to this gorgeous piece yet, and I love it. It is also known as Ombra Mai Fu, but don’t worry about that. Just enjoy how gorgeous it is. I included the instrumental version, for the sake of maximum calming peace. If you want to hear the lyrics, try THIS.

Ride of the Valkyries // Wagner

Rooted in Norse mythology, a Valkyrie is a female war figure. This famous piece opens Act 3 of one of Wagner’s famous Ring operas. Who cares about that! It’s so fun!

This is some of the creepiest classical music around. Based on Russian legend, Modest Mussorgky’s menacing tune depicts a group of witches that escape to the top of a barren mountain to plot their next dastardly deeds.

Sci-fi music? Or classical? Both! Strauss’ piece was effectively used in the 1968 film 2001: A Space Odyssey and has been famous ever since. Thought provoking lesson HERE.