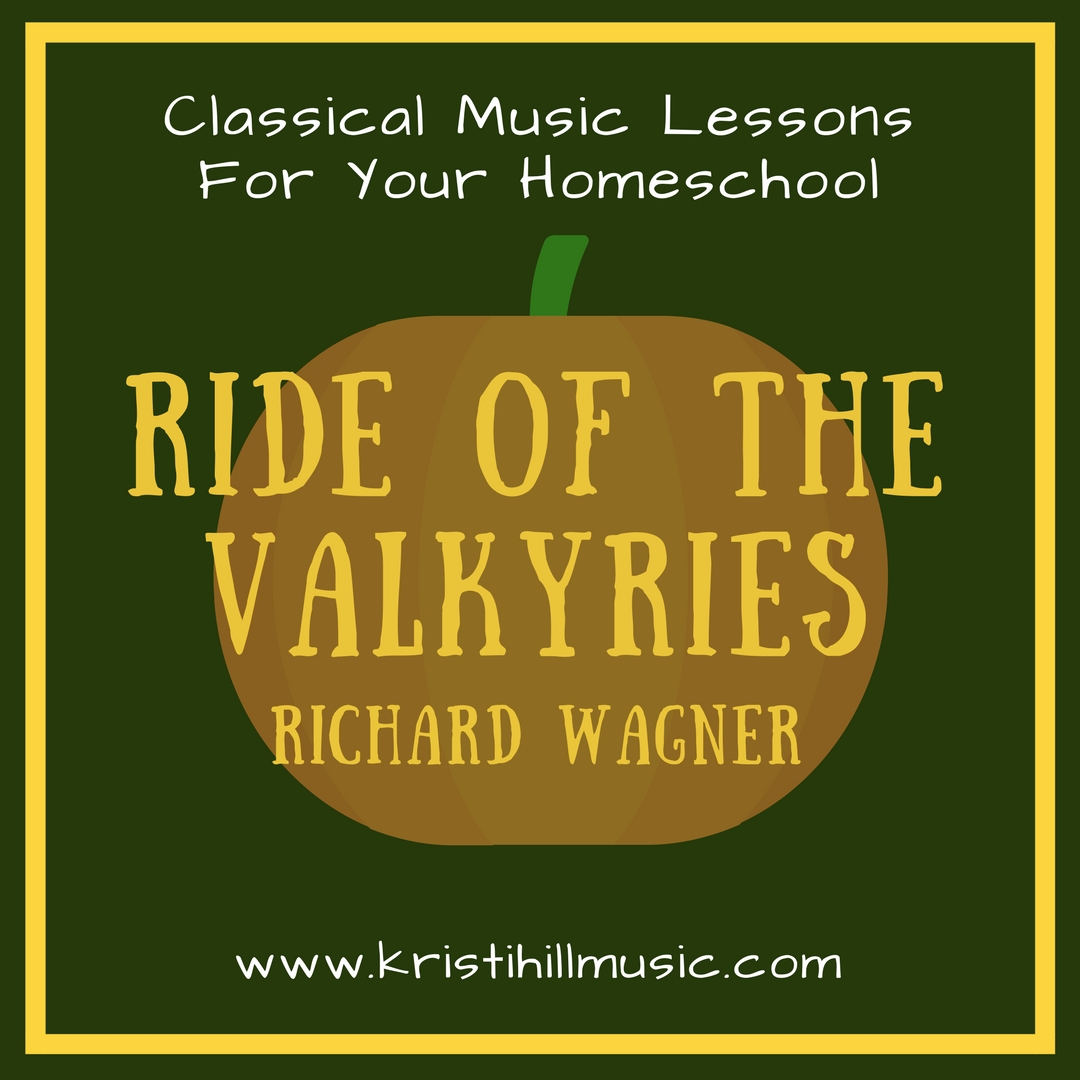 We’ve gone through the whole of this year without talking about Richard Wagner.

FYI: Pronounce it REE-card VAHG-ner to get your German on. Need more help? There is a YouTube video for everything.

He was a manic, crazed genius, and if you think you don’t know his music, I present exhibit A:

But today we are talking about something far less wedding-y and more halloween-y.

So what the heck is a Valkyrie you ask? Well, fans of Norse mythology will know the answer. (I am not, so I used ye olde Google.) A Valkyrie is a female war figure, and this piece functions as a prelude of sorts in one of Wagner’s Ring Operas, all of which were based on the myths of the Great North.

The piece entered the American music conscious in 1979 when Francis Ford Coppola famously used it in the film Apocalypse Now. It has been famous ever since.

It has a creepy urgency to it. Give it a listen and have your kids do some sketching. It’s a fun one:

And if it reminds you of Star Wars, that’s because John Williams is a genius and loves referencing classical works. This is opera music, and Star Wars is basically an opera in space. (Remember the Jaws comparison back in the summer?)

Now, we can certainly finish here, but I would be remiss if I didn’t bring up an interesting point of discussion.

Parents, you can count on me to be honest, and this is the truth: REE-card VAHG-ner is not the kind of person you want to teach your kids about. He lived a tumultuous life, with many scandalous affairs. He became famous for anti-semitic writings and was a favorite of Adolph Hitler. There is some evidence (though not proven) that Wagner’s music was played in concentration camps. RW was narcissistic, belligerent, and cruel. Not the kind of guy you want take home to mama.

But he wrote great music.

So it begs the question…

Where is the line between celebrating the art and the creator of the art?

The truth is, if we factored out great works of art, music, and literature based on the character flaws of their creators, we would dismiss a lot (most?) of our cultural heritage.

Or how about this question: would you be comfortable teaching your kids from the writings of someone who committed adultery and murder? Would someone like that be the kind of person you want to teach your kids about?

If not, you best cross off the book of Psalms from your family reading list.

Wagner was a crappy human being, but his music is amazing. So ask the hard questions and proceed, my friends.