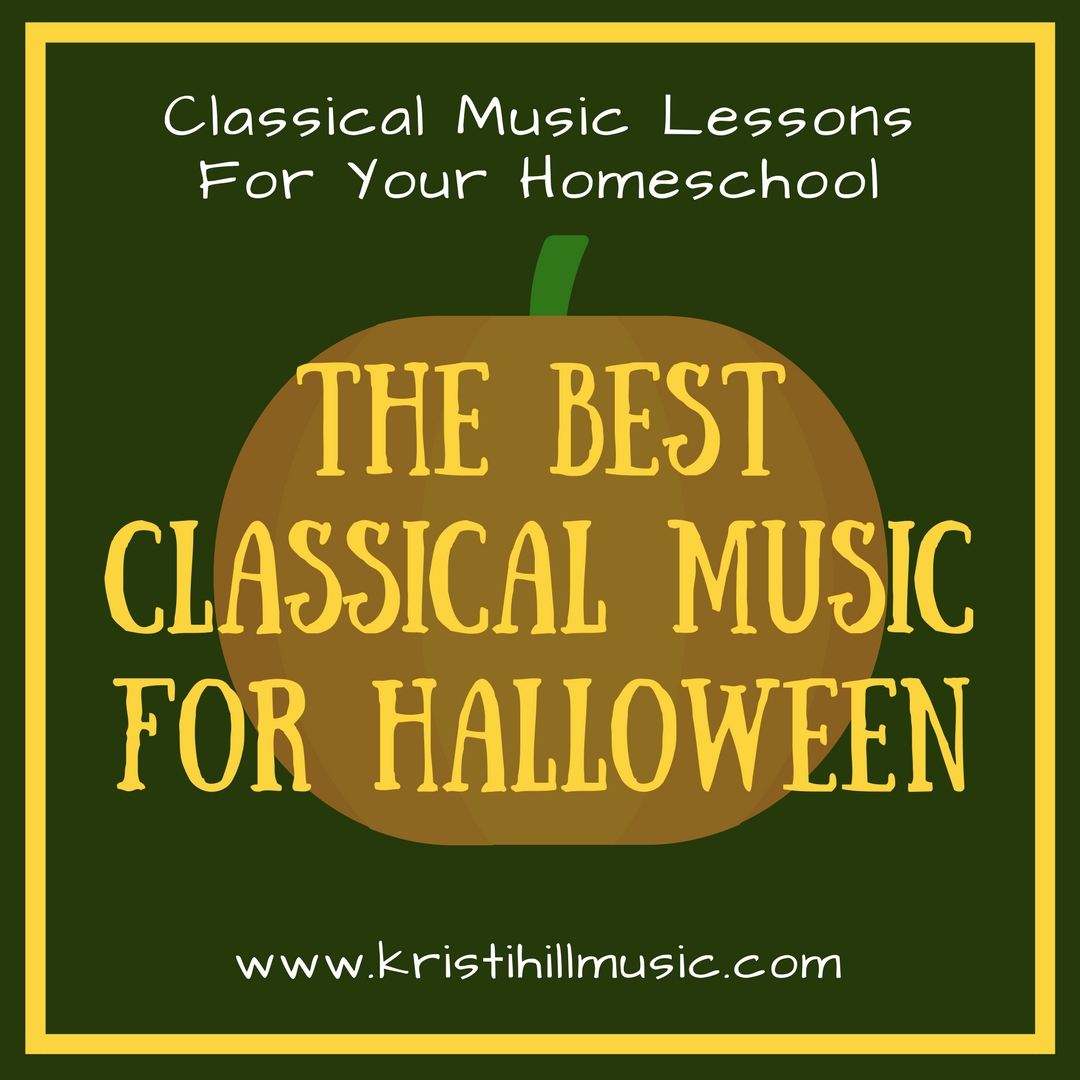 One of my favorite moments as a teacher is when I play a piece for my students and their faces light up with recognition. Children naturally have a wide repertoire because classical music is so commonly used in pop culture. Especially with today’s pieces! Your kids may have already heard these pieces in commercials, television,  movies…or in random things like a blow-up coffin that plays Bach when you walk by. (True story…thank you, former neighbor.)

Introduce these pieces to your children, and have fun diving into the creepy side of classical music. Invite your kids to sketch whatever comes to mind while they listen — I bet they will come up with some fun ideas! (More on how I do Musical Sketching HERE.)

In the Hall of the Mountain King // Grieg

Sneaky, sneaky Mr. Grieg. Kids LOVE this piece. From Grieg’s Peer Gynt Suite, the music paints the picture of the protagonist tip-toeing through a castle, desperate to hide from angry trolls. It is easy to hear the moment in the music when Peer Gynt is discovered! (It was also cleverly used as the basis for the song Hair Up in the movie Trolls.)

This is quintessential Halloween music. My students always get a kick out of finding out it was written by a guy who wore a wig. The fact doesn’t compute, and it makes me laugh every time. This piece was used in the 1931 film version of Dr. Jekyll and Mr. Hyde and has only gotten more Halloween-y over the years. I think dear Johann, who spent his whole life writing for the church and seeking to glorify the Lord with his music, would be very confused by this.

Danse Macbre is based on an old French superstition that “Death” shows up at midnight on Halloween to call the dead from their graves. The dead proceed to dance to his fiddle (you can hear it early in the piece) until the rooster crows, at which point they return to their graves until next year. Camille Saint-Saens uses the xylophone to represent rattling bones. Super creepy! (Note: the piece begins 18 seconds in…don’t let the silence fool you.)

This is some of the creepiest classical music around. Based on Russian legend, Modest Mussorgky’s menacing tune depicts a group of witches that escape to the top of a barren mountain to plot their next dastardly deeds. Alas, Mussorgsky was a bit ahead of his time, and it was never performed in his lifetime. Disney resurrected the piece for Fantasia in 1941, making it famous ever since. It’s creep-tastic!

I hope you have fun exploring the spooky side of classical music with these pieces. Enjoy!

« {Music Lessons for Kids} Ride of the Valkyries // Wagner
Classical Music Playlists for Your Homeschool: November »