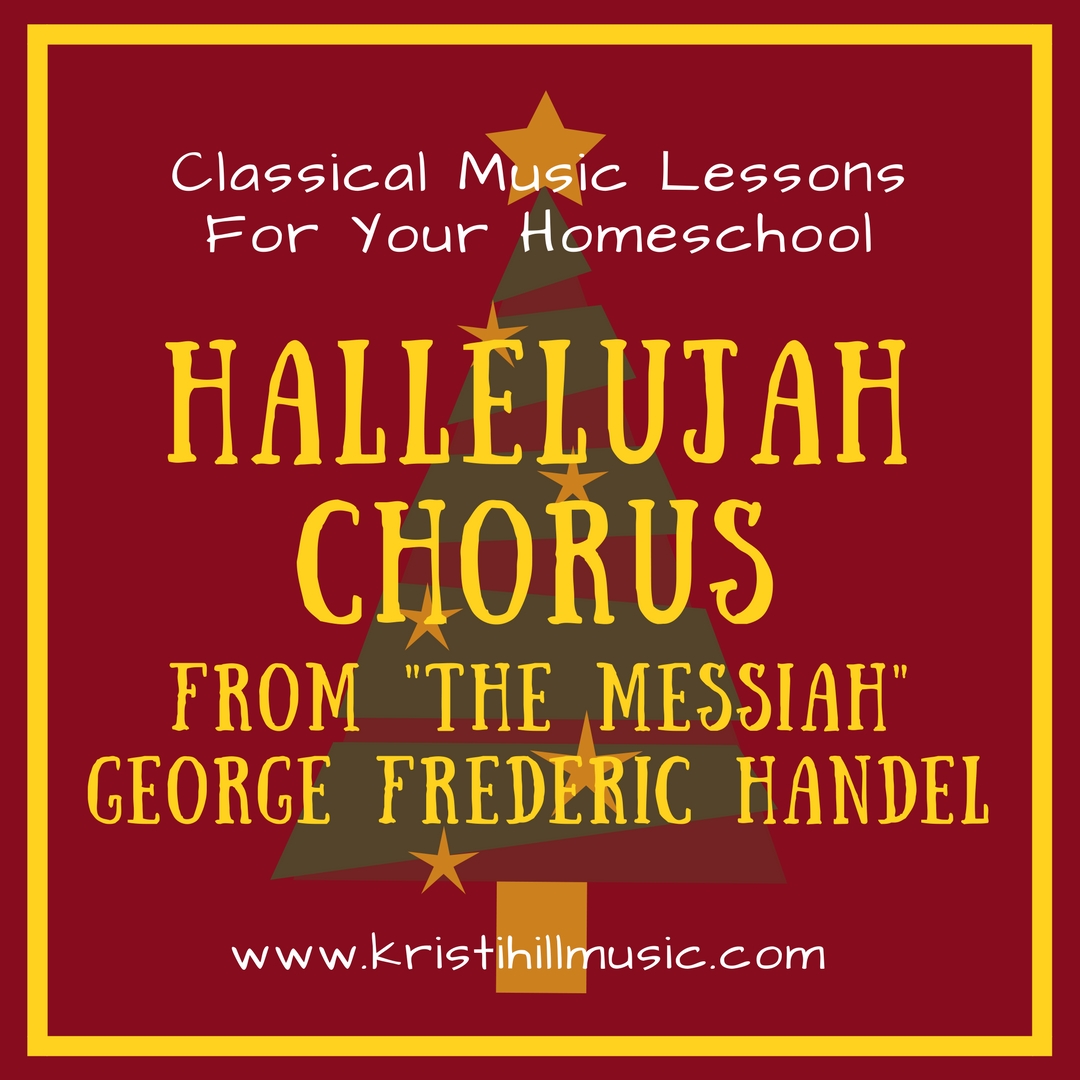 Would it shock you if I told you the most commonly sung piece of Christmas choral music is an Easter piece?

We talked about The Messiah back in the spring, but let’s recap in bulleted format:

Okay! Now that we are all caught up, let’s explore some of the lyrics…

There are more, but you get the idea.

There are no astounding reasons why The Messiah became associated with Christmas, except that it just did. Large-scale concerts are more of a Christmas thing than an Easter thing, and conductors in the last century often plucked The Messiah for their holiday performances because they knew it would be a crowd pleaser. Over time, it became a tradition.

Now The Messiah is heard all over the world at Christmas, and many people consider their holidays incomplete without attending a performance. Of all the pieces in The Messiah, the Hallelujah Chorus has risen to the surface as the star of the show. Enjoy teaching your kids to love this great music!

How about one of the most famous flash mobs ever?

And this fun one!

Want a free lesson in your inbox every Monday? Sign up for my newsletter mailing list! You will  receive an A-Z Classical Music Quick Start Guide that will help you begin playing classical music in your home today. Head to my home page HERE.