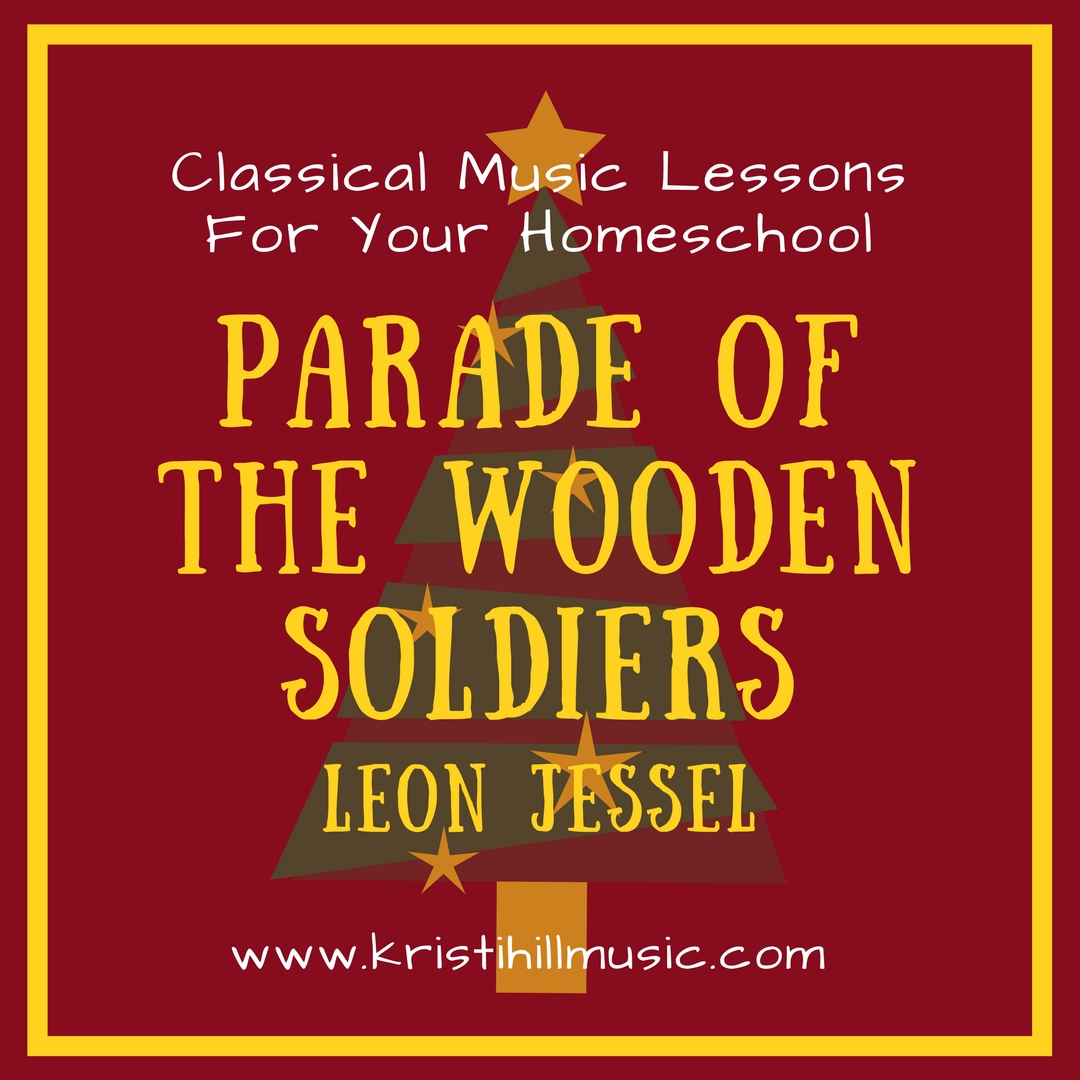 I’ll be taking some time off the blog to enjoy the holidays, so this will be the last lesson for our December playlist. I’ve saved a good one for you!

Parade of the Wooden Soldiers (also known as Parade of the Tin Soldiers) has been a part of the Radio City Christmas Spectacular since its inception in 1933. We will talk more about that in a minute!

First, Leon. Strap on your seat belts, this is going to get a little rocky.

German composer Leon Jessel was born in 1871. He was a prolific writer of operettas and all kinds of dance music. Talented, successful, happy…Leon had it going on, for a while.

But the world was changing.

The Nazi regime was on the rise – and Leon was Jewish.

He did everything he could do… he converted to Christianity, his wife joined the Nazi party, and legend says Hitler was even a fan of Jessel’s music.

But it wasn’t enough. Jessel was arrested in 1941 and taken to Berlin to face the Gestapo. He was tortured relentlessly and passed away a few weeks later. His music was subsequently suppressed by the Nazis and most of it has since faded into obscurity.

I’m sorry to suck the Merry out of this post, but WOW!

I think understanding background like this makes music so, so powerful. It connects you with the composer in a fascinating way. Find a way to share this story with your kids in an age-appropriate way — it will help the music come to life.

Ok, let’s get to the good news: one very special piece from Leon not only survived, it became embedded in our American Christmas culture.

Parade of the Wooden Soldiers had become familiar because of its use in a Betty Boop cartoon in the 1920s. By the time Radio City Music Hall was presenting their first Spectacular, the piece was a logical choice — the planners thought it would be a crowd-pleaser.

Ha, little did they know. It has never not been a highlight of the show.

Enjoy the music, the performance, and then catch the video below that explains the ingenious way the Rockettes pull off the choreography…

Want a free lesson in your inbox every Monday? Sign up for my newsletter mailing list! You will  receive an A-Z Classical Music Quick Start Guide that will help you begin playing classical music in your home today. Head to my home page HERE.