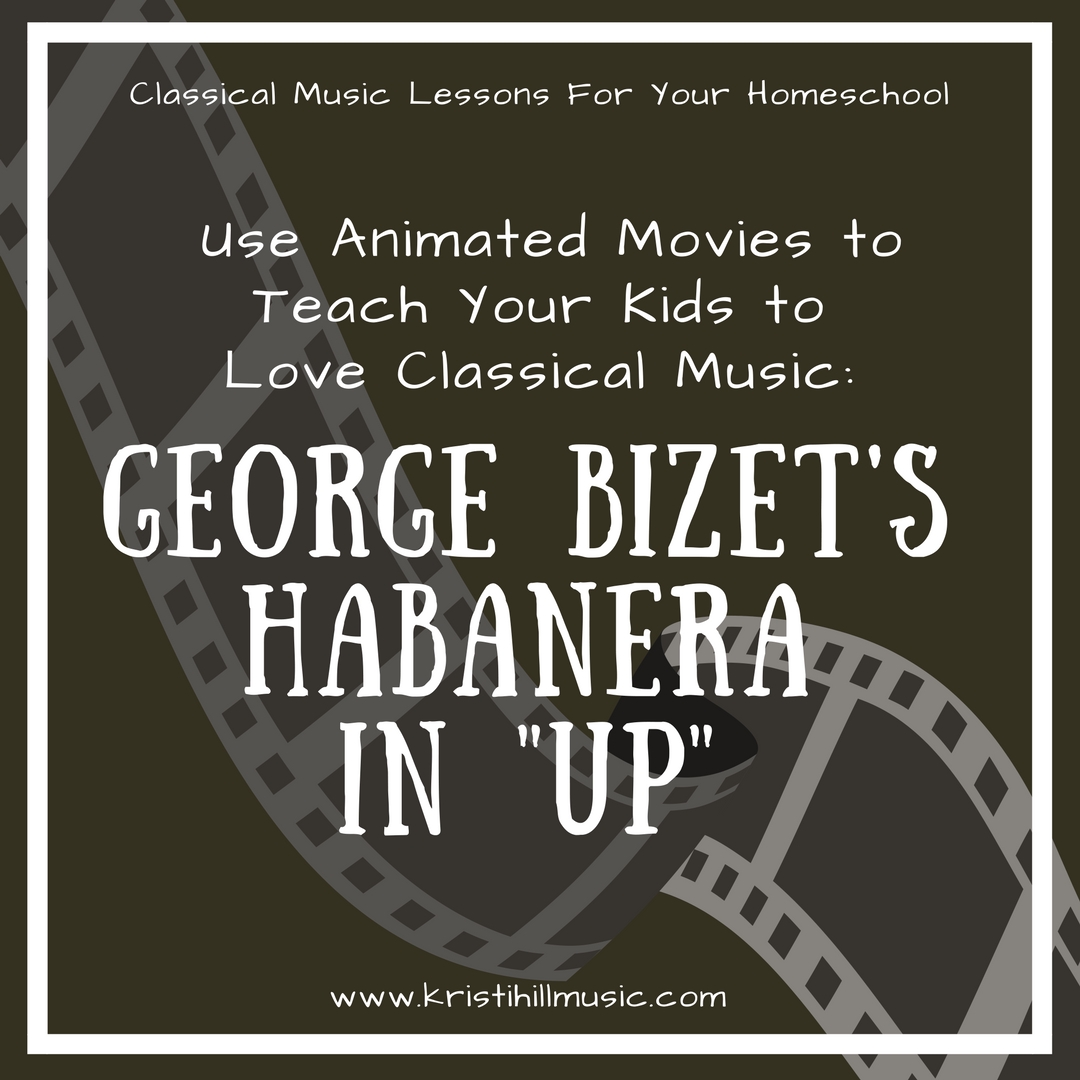 Music Appreciation Through the Back Door is an ongoing series designed to help you integrate music appreciation lessons into your homeschool through fun and unexpected ways. Last time we talked about using Olympic Figure Skating as a way to introduce great pieces of classical music, and today we are headed to the movies for an opera classic…

Disney-Pixar’s Up used a classic melody from George Bizet’s opera Carmen for this hilarious scene where Carl is waking up and heading downstairs in his chair lift. Take a look:

George Bizet was a French composer famous for, well, pretty much nothing but Carmen.

Ready for a little lesson on the one-hit-wonder George?

Bizet mostly hung out in France his whole life. His father made wigs and also taught voice lessons (not a combination I’ve ever heard before, but we will go with it). George was a bit of a prodigy, and he was training with fancy music people by the age of 9. He had a little jaunt to Rome, staging his first opera at only 25. (You’ve never heard of it.) He dabbled in some symphonies and other works here and there, but opera was his true love.

And here is where the story gets both fascinating AND tragic…

In 1873, George started work on an opera based on a little novella called Carmen. It was quickly suspended by the people of the opera house because of the…how shall we say…unsavory storyline. Disappointed, George shifted focus to another opera, but then the opera house mounting that production burned down, so oh well.

But then the guy who was most opposed to Carmen’s content died, so things started looking up. George resumed his work. He poured all his energies into writing the score, which included a familiar folk melody called Habanera.

Unbeknownst to George, this “familiar folk melody” was actually written by someone else. It wasn’t a “folk” melody — it had a composer. George was plagiarizing without even knowing it. Things went downhill from there.

Long story short: the orchestra complained, the singers revolted, and his wife couldn’t attend the premier because of an abscess in her right eye. #truestory

And then George died.

His final thought on this work he had given his heart and soul to: “I foresee a definite and hopeless flop.”

But death can shift focus faster than anything else when it comes to how the world views an artist’s work. Suddenly everyone who had criticized Carmen up and down the Champs-Élysées now declared it masterful and noteworthy.

George never knew his little flop would become the most popular opera of all time. He died thinking of his work as an utter failure. And little did he know, Pixar would one day lift his famous tune (that he accidentally stole) for a memorable movie moment.

Want to hear the non-Pixar version? Here you go!