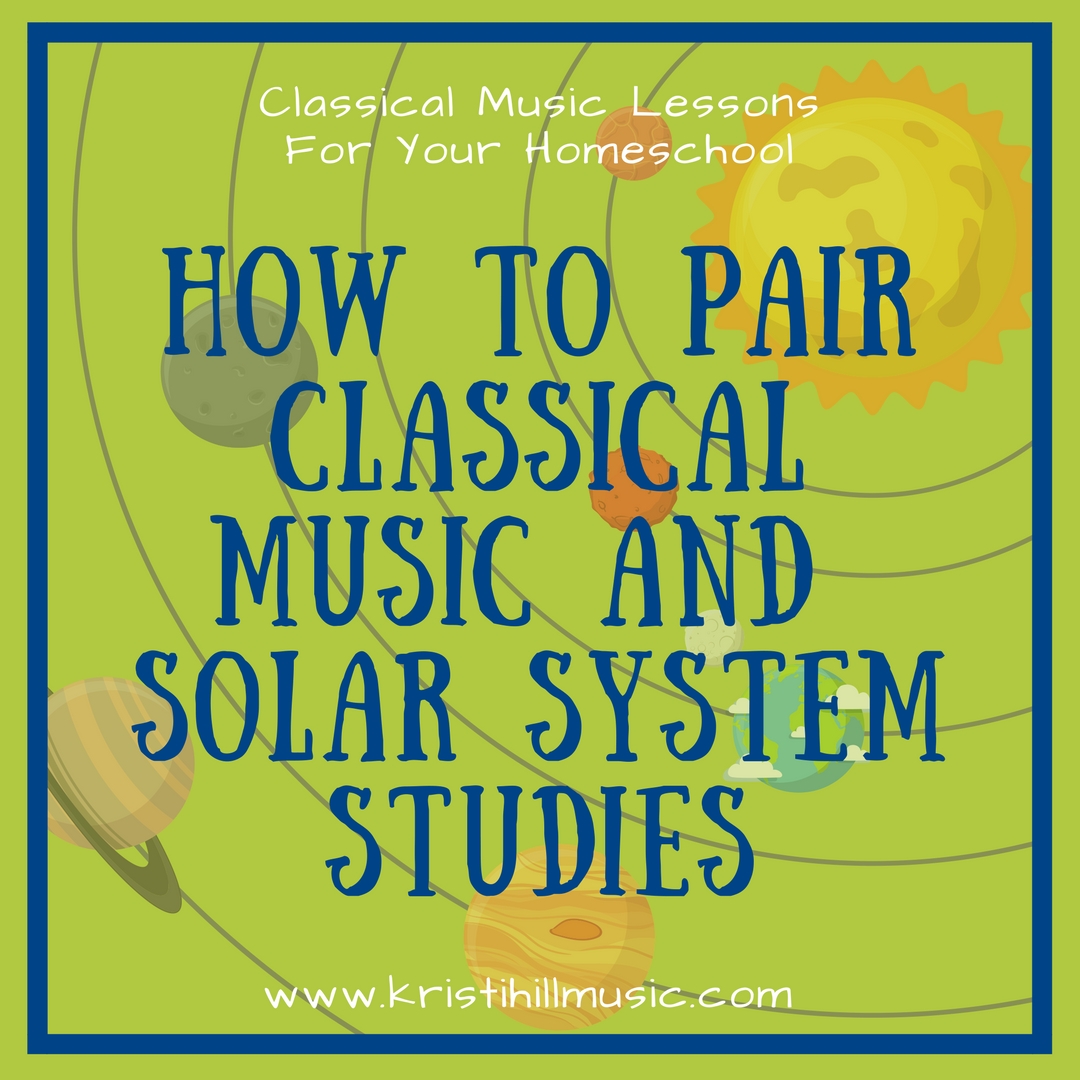 Solar System studies are an elementary school staple. Where I teach, it is practically a rite of passage for the 4th graders. It’s an annual tradition for them to display their solar system projects in the music room, so once a year I get to be surrounded by the cosmos while I teach. I’ve seen planets made from every possible material – styrofoam, clay, paper mâché – even varying sizes of round foods. (The cantaloupe makes a perfect sun, FYI.)

If you are knee deep in solar system studies, allow me to provide your perfect soundtrack. It’s a great way to multi-task and slide in some music appreciation lessons.

Composed between 1914-1916, The Planets is British composer Gustav Holst’s most enduring work. The seven piece orchestral suite represents the planets of the Solar System and their corresponding astrological characters. An explanation on why seven, not nine: no Earth and no Pluto…the former isn’t associated with an astrological sign and the latter was not discovered at the time…and, turns out, isn’t a planet anyway.

(Incidentally, Holst did not arrange the pieces in distance-from-the-sun order, which really bothers my ISFJ/Enneagram 6, which needs order and rules to define my very existence. But I digress.)

Introduce your kids to these pieces while you explore the greatness of outer space!

Mars, the Bringer of War

Venus, the Bringer of Peace

Jupiter, the Bringer of Jollity

Saturn, the Bringer of Old Age