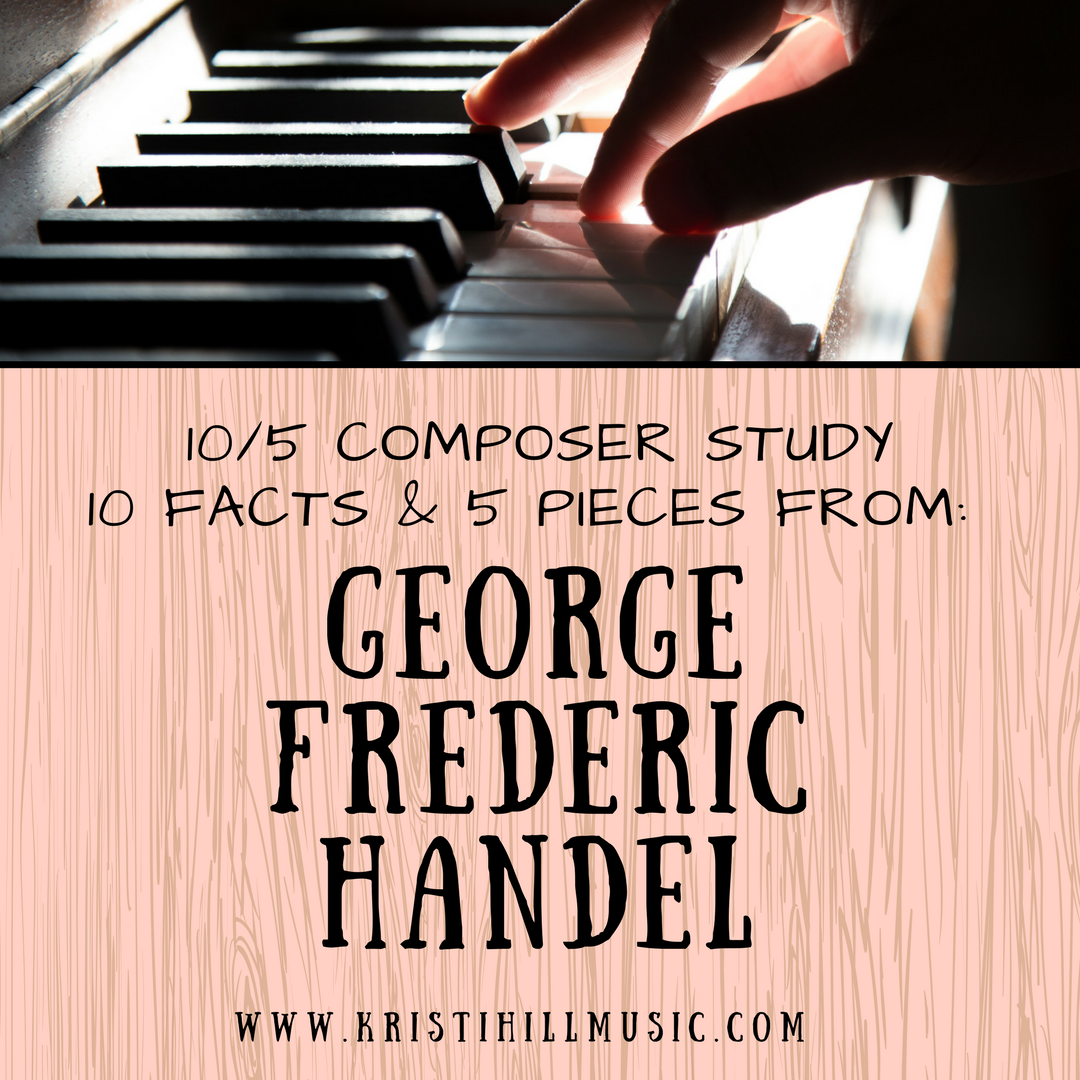 This is the first post in a new series designed to easily introduce your kids to the greatest of the great classical music composers. I am calling it the 10/5 Composer Study: I will give you a list of 10 facts about the composer and 5 great pieces for listening. You can spread the music out over several days, or cover everything in a single lesson. (I always recommend adding Musical Sketching to help you kids best engage with the music.)

George Frederic Handel is one of the most recognizable names in the world of classical music. Introducing your kids to Mr. Handel will provide a gateway into a ton of famous music – he is definitely one of the all-time greats!

2 // The Arrival of the Queen of Sheba from Solomon

5 // Music for the Royal Fireworks

There you have it — 10 facts, 5 pieces…all you need to start teaching your kids to enjoy the music of George Frederic Handel!

Want to learn more? Handel is a featured composer in Series 1 of A Kid’s Guide to Classical Composers.