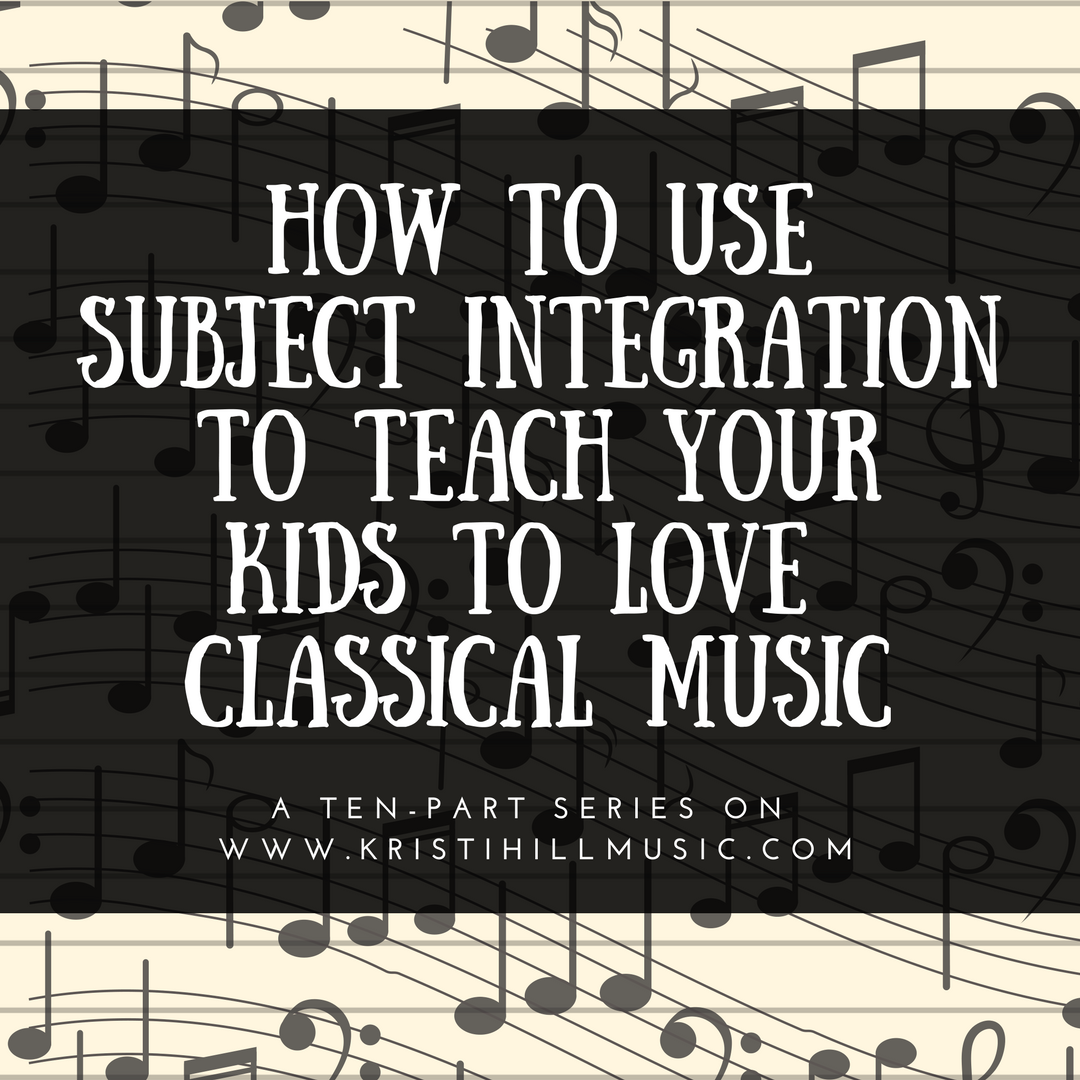 I talk a lot about subject integration here on the blog, and it is a major part of my music curriculum. I believe classical music studied in isolation is way too abstract for young children, and subject integration can be your secret weapon when it comes to making music appreciation meaningful to your kids.

This is the eighth post in a ten-part series designed to show you how to take a piece of great classical music and use it as a gateway into other subjects.

Hopefully, by the time school starts next year, I will have tipped your thinking toward how you can incorporate music appreciation into everything else you are doing. Music appreciation will easily slip in and out of your lesson plans and your home will be filled with great music that has stood the test of time.

Today’s piece is taking us in a serious direction, with an opportunity to help your child engage with some thought-provoking ideas… 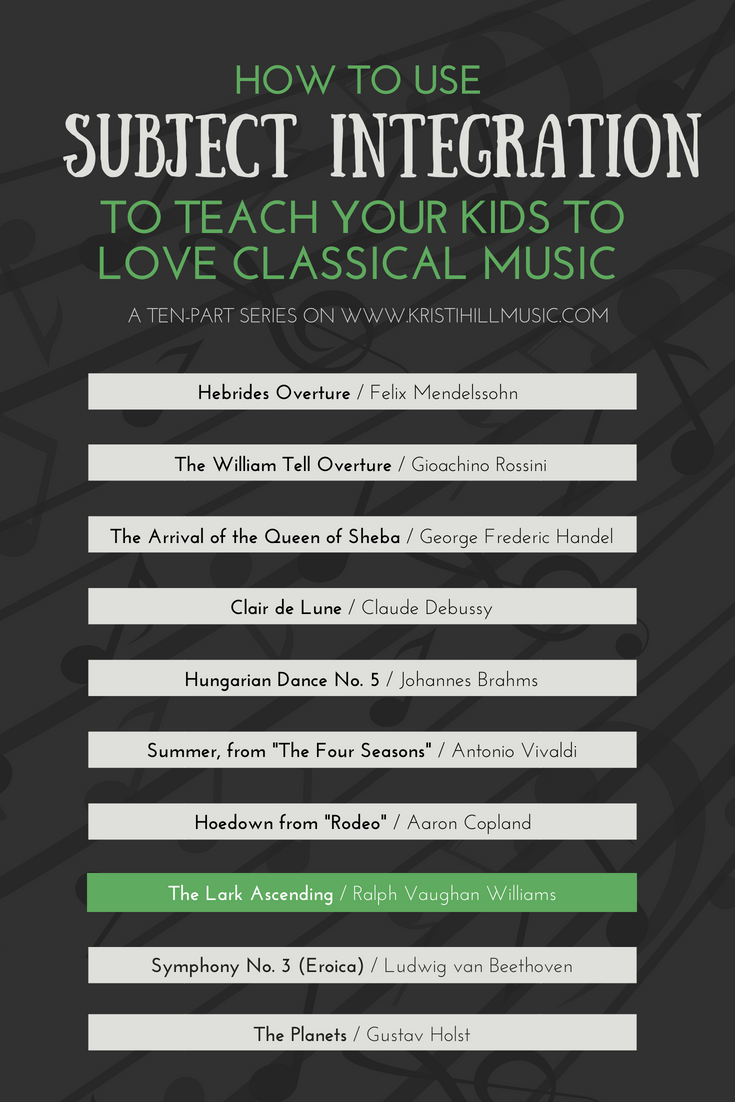 The Lark Ascending is one of my favorite pieces of music for subject integration because it is easily scaled up or down, based on your child’s age. You can do something as simple as nature studies about birds, or take it all the way to the far-reaching implications of World War I.

Ralph Vaughan Williams was an English composer. And by English, I mean ENGLISH. He was highly patriotic, loved his homeland, and spent much of his composition career carefully collecting and documenting local folk tunes. He was on the fast track to musical greatness until a little skirmish called World War I interrupted his ascent.

(Pun intended…ascent…Lark Ascending – you got it, right?)

Vaughan Williams composed The Lark Ascending prior to the war but shelved the piece when he entered the conflict to fight for his beloved England. He worked in the ambulance corps carrying the stretchers of his fallen comrades, at an age far beyond what was required.

The world shifted as a result of the war, and Vaughan Williams returned to England a different person. And his England was a different place. Stronger, yet wounded. Fallen, yet rising.

Vaughan William’s premiered The Lark Ascending to a completely different audience. These were now people who had suffered in immeasurable ways, yet were rising once more. What began as a bird song became a patriotic symbol for a weakened country ready to ascend again.

Now let’s see where it can take us…

Ralph Vaughan Williams was a thriving composer, but he chose to put his music on hold to aid his country. Understanding how this piece fits into world events brings it to life in unexpected ways. Need a little help catching your kids up on WWI history? THIS is a great resource.

This piece is a natural for incorporating a nature studies lesson on larks. Did you know there are 91 different lark species? I don’t know which one Ralph had in mind, but I do know it’s a great opportunity to pair up music and nature. Try THIS for a little info.

Incorporate a hands-on craft project while listening to The Lark Ascending in the background. HERE are loads of ideas. Having the music playing in the background embeds it in a child’s mind in beautifully subconscious ways. There is great research about the power of music for a child’s developing brain – playing the piece while working on a related project is a great strategy.