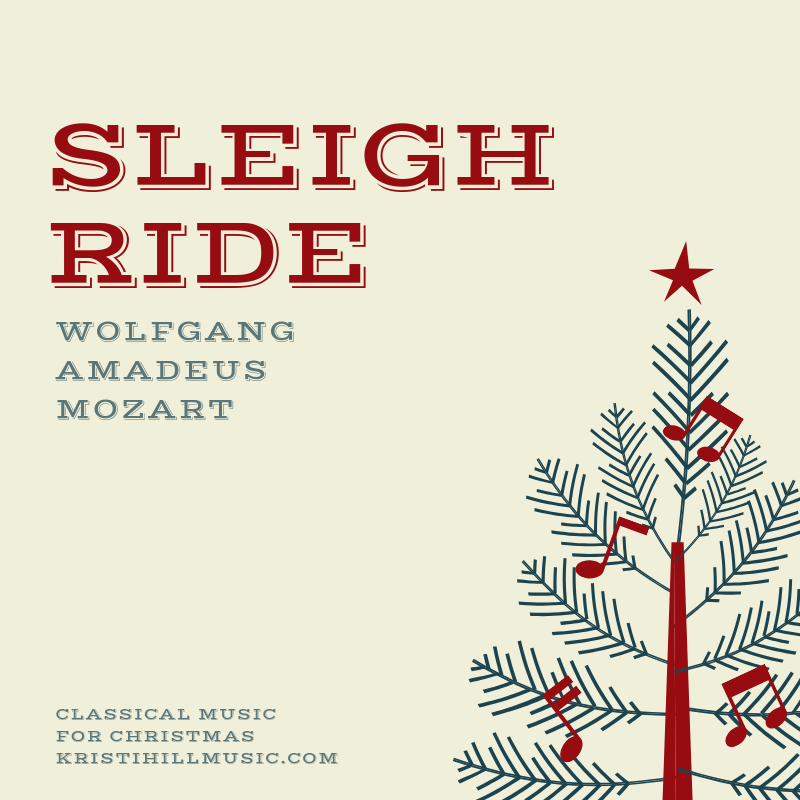 Welcome to part two in a four-part series where I will be unpacking some classical music for the holiday season. These are pieces that may or may not be familiar, but will definitely add holiday joy to your home! Find our first lesson HERE.

In many ways, Mozart was the Justin Timberlake of the late 1700s. His music was the go-to for the local dance parties.

Party music was his thing.

Rich patrons would commission him to compose little diddies for their grand fêtes, and nobody was better than Mozart at getting the crowd on the dance floor.

Of course, these parties were at the Imperial Palace in Vienna, so maybe the illustration breaks down a little bit.

Sleigh Ride was originally a part of a set of Three German Dances, completed in early 1791. It was a prolific time for Wolfgang, as he was also completing two of his iconic symphonies: No. 40 and No. 41. (Click the links – you will recognize them!)

Each the Three German Dances featured different combinations of instruments, with only the violins remaining constant. Trumpets star in the first, woodwinds in the second. Sleigh bells take the lead in the third.

Not exactly a traditional choice, and no one knows exactly why Mozart inserted SLEIGH BELLS into a piece of dance music. It feels normal to us (“…giddy up, giddy up, giddy up, let’s go, let’s look at the snow…”), but it wasn’t normal then. Sleigh rides may have been a popular winter pastime, but taking the bells off the necks of the horses and bringing them into the orchestra was a pretty unpredictable move.

Maybe the party-guy illustration doesn’t break down after all 😉